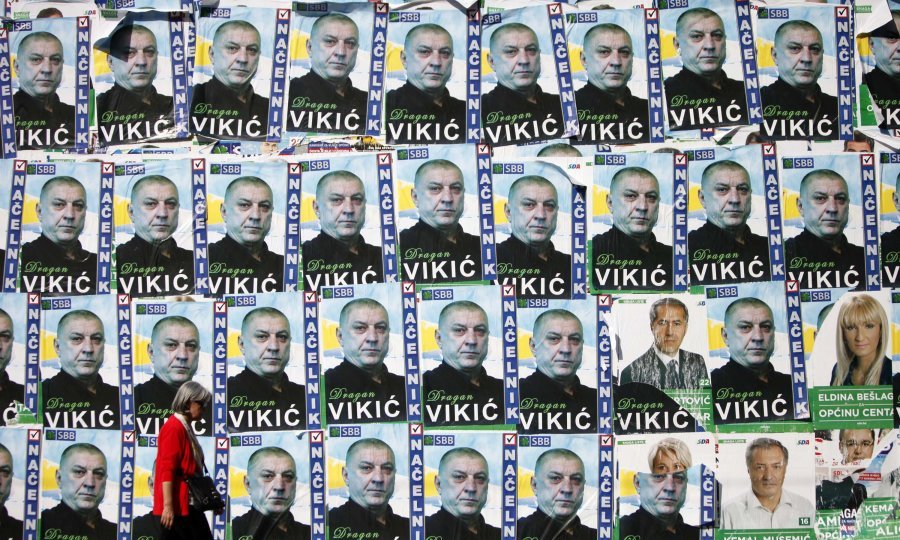 Bosnia and Herzegovina's Central Election Commission (SIP) released at midnight on Sunday the first preliminary results of municipal elections held earlier in the day, confirming reports from political parties' election headquarters which point to a rise in the popularity of the Croatian Democratic Union of Bosnia and Herzegovina (HDZ BiH), the Party of Democratic Action (SDA) and the Serb Democratic Party (SDS).

The HDZ BiH and the HDZ 1990 said they won the mayoral positions in 18 municipalities, saying they were pleased with the results, except in central Bosnia, where the SDA took advantage of the division of the Croat parties.

"The HDZ BiH and the HDZ 1990 convincingly won the Croat vote," HDZ BiH president Dragan Covic said, adding that the results of the local elections would impact the reorganisation of government on higher levels.

SIP president Branko Petric said the turnout was over 53 per cent and could be considered satisfactory. This was down 3.5 per cent from the general elections in 2010, but Petric said the figures were not final yet.

SIP confirmed receiving complaints about the voting at some polling stations but that their number was relatively small and did not bring into question the election.

The president of the Social Democratic Party, Zlatko Lagumdzija, said the SDP won mayoral positions in 11 municipalities, three more than in 2008, adding that the SDP intended to continue to participate in government at all levels. "We want to complete the government reshuffle wherever possible."

The SDA won mayoral seats in as many as 38 of 52 Bosniak-majority municipalities. Its president, Sulejman Tihic, said his party was the real election winner which would decide with whom and how to embark on government reshuffles. "Those who tried with insults and imputations to make the Bosniak electorate quarrel have excluded themselves from that," he said.

HDZ 1990 president Bozo Ljubic said government reorganisation was the primary task in the days ahead, adding that his party and the HDZ BiH had jointly reinforced their legitimacy as the representatives of the Croat people based on which they would now negotiate with other parties.

"Representatives of the parties must now urgently meet and unblock the processes," he said.

The elections brought big changes in the Bosnian Serb entity, where a significant number of votes went to the opposition.

Alliance of Independent Social Democrats (SNSD) president Milorad Dodik said the party lost some mayoral positions but that he was not dissatisfied, especially since the SNSD retained the mayor's seat in the entity capital of Banja Luka.

SDS president Mladen Bosic said his party had taken the SNSD's leadership in the entity, as now it had the mayoral positions in 40 municipalities, as against 17 before. He said the SNSD was definitely defeated, which would bring about a change of political relations in the entity. "I hope this will also contribute to a better political climate in BiH," he added.

The SNSD will stay in power in 20 municipalities in the Serb entity.