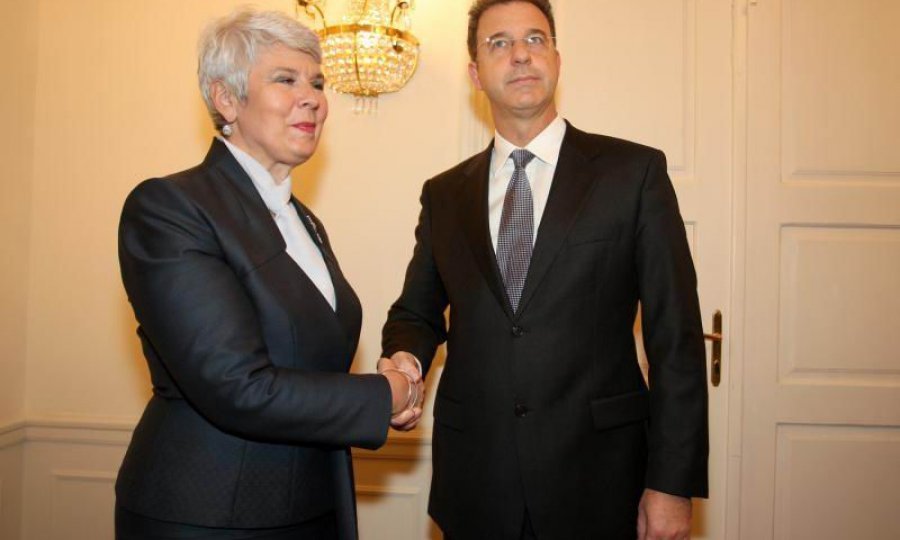 During his visit to Zagreb on Wednesday, the chief prosecutor of the International Criminal Tribunal for the former Yugoslavia (ICTY), Serge Brammertz, will hold talks with Croatian officials on Croatia's cooperation with the UN war crimes tribunal and inform them of his position on reactions to the recent ICTY verdict against three Croatian generals, Brammertz's special advisor Frederick Swinnen told press on Tuesday.

Brammertz will hold talks with Prime Minister Jadranka Kosor, Justice Minister Drazen Bosnjakovic, Chief State Prosecutor Mladen Bajic and members of a government task force in charge of searching for documents wanted by the ICTY prosecutor's office, Swinnen said, adding that due to President Ivo Josipovic's visit to the United States, Brammertz would not have an opportunity to hold talks with him.

The talks will focus on cooperation with the Office of the Prosecutor, Swinnen said, adding that Brammertz would inform the government of his opinion on reactions to the verdict against generals Ante Gotovina, Ivan Cermak and Mladen Markac.

Asked if he could say more about Brammertz's assessment of Croatia's cooperation with the tribunal, Swinnen said the prosecutor would give his assessment in his report to the U.N. Security Council, which he was expected to submit in the next two weeks and present it orally in the U.N. headquarters in New York on 6 June.

One of the benchmarks for the closure of the policy area No. 23 (Judiciary and Fundamental Rights) in Croatia's EU entry talks is full cooperation with the ICTY.

In his last report in December, Brammertz gave a mostly positive assessment of Croatia's cooperation with the UN tribunal and the Office of the Prosecutor, urging Croatia to continue to solve problems and entirely shed light on the disappearance of documents from the 1995 Operation Storm.

Brammertz's visit to Croatia is part of his regular tour of the countries of the region before he submits his next report to the UN Security Council, Swinnen said, adding that on 10 and 11 May, Brammertz was scheduled to visit Belgrade.

Swinnen also declined to talk about Brammertz's position concerning reactions of Croatian officials to the ICTY verdict against the three generals.

The Hague tribunal on April 15 sentenced General Gotovina to 24 years in prison pending appeal, while General Markac was sentenced to 18 years in prison for war crimes committed in the 1995 Operation Storm. A third defendant in the case, General Ivan Cermak, was acquitted.