Over 3,000 Brodosplit shipyard workers given notice 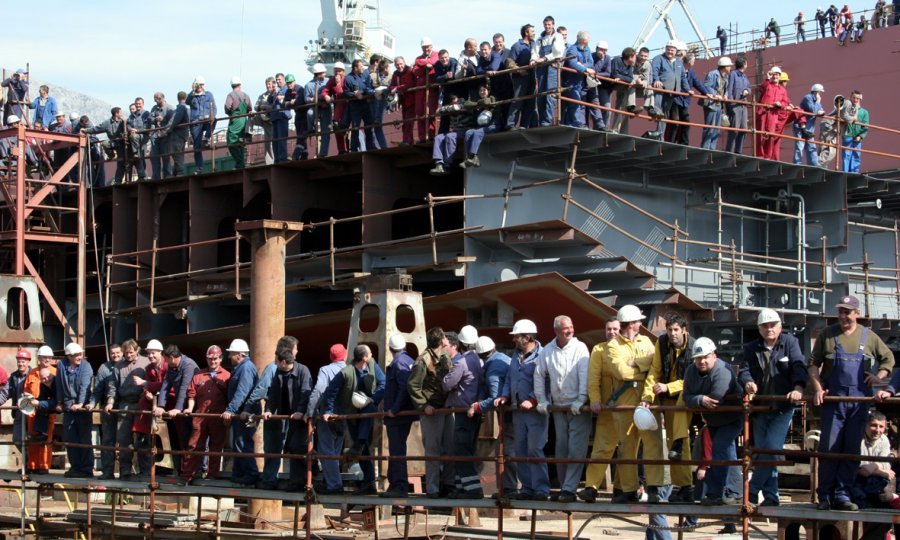 Over 3,000 workers at the Brodosplit shipyard were given notifications of the termination of their employment contracts on Friday, and during the notice period at least 1,500 workers would be hired in the employer's companies for an indefinite period of time and 500 for a fixed period, the shipyard announced in a statement.

"Between 2,000 and 2,500 workers will be hired, with the tendency to increase the number of employees," the statement said, adding that dismissal notices had been given pursuant to the collective agreement and severance pay scheme approved by the National Employment Service.

The shipyard management said that downsizing was necessary as part of the restructuring process.

Brodosplit is majority owned by the DIV company of Samobor, which acquired 99.78 per cent of its equity under an agreement with the government signed in late February, which ended the years-long process of privatisation of the Split-based shipyard.