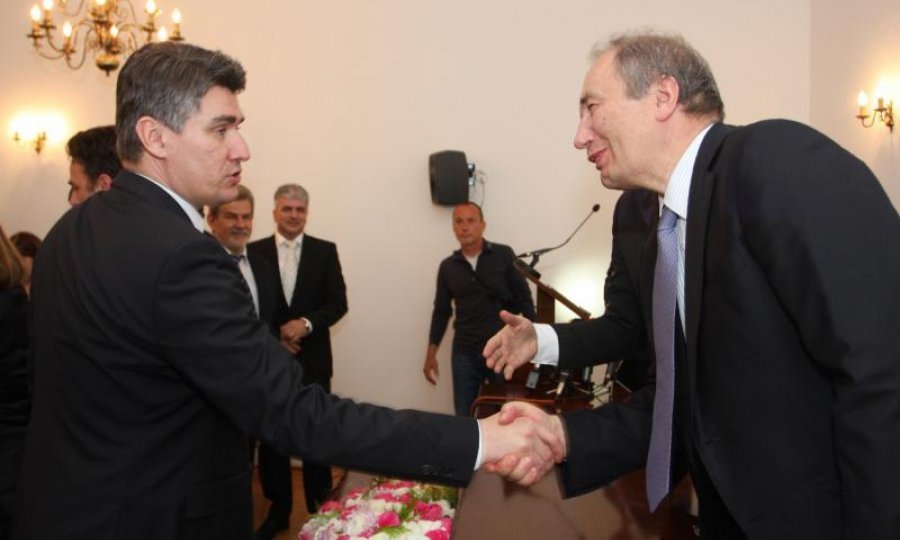 Economy Minister Ivan Vrdoljak and the director of the Kermas Energija company, Danko Koncar, signed in Trogir on Saturday a contract on the transfer of stock in the Brodotrogir shipyard under which Kermes Energija becomes the dock's owner.

This marks the completion of Brodotrogir's privatisation based on a government programme for the restructuring of the shipyards that was recently approved by the European Commission.

Vrdoljak said the contract showed that something which had been a liability for the state, because the dock cost the state HRK 3 billion in the restructuring process, could, under new rules, become a positive story .

"Turning a problematic industry into positive potential wasn't easy. Brodotrogir connects the shipbuilding and maritime industry with tourism, which is Croatia's strategic commitment," he said.

Vrdoljak recalled that the government had set aside HRK 400 million for Brodotrogir's restructuring. "During transition the investor will invest HRK 730 million in tourism and the development of technology in shipbuilding," he said, adding that at least 875 of the dock's 1,200 employees would keep their jobs and that their number was expected to rise during the dock's development.

The new owner said Brodotrogir would retain the shipbuilding activity within the scope allowed by the European Union. Koncar said it was necessary to create conditions for the overhaul of all kinds of ships and announced the construction of two marinas as well as the making of screw turbines, which he said would create jobs.

PM Milanovic said this was the beginning of "the conversion and adjustment of the Croatian shipbuilding industry to the new conditions."

He said the shipyards in Pula, Rijeka, Split and Trogir had been "preserved" under new rules but that there were no guarantees that all would be successful and profitable. "Land can't be sold here nor apartments built. The rules are very clear and you agreed to them," he told the signatories.

Trogir will be enabled to resume shipbuilding and "introduce new activities, elite and luxury activities for which there are consumers and pockets in Europe," Milanovic said, adding, "Now the real fight for the Croatian shipyards begins. This is the beginning of all beginnings."