Bishop: No one held account for crimes against Croat Catholics 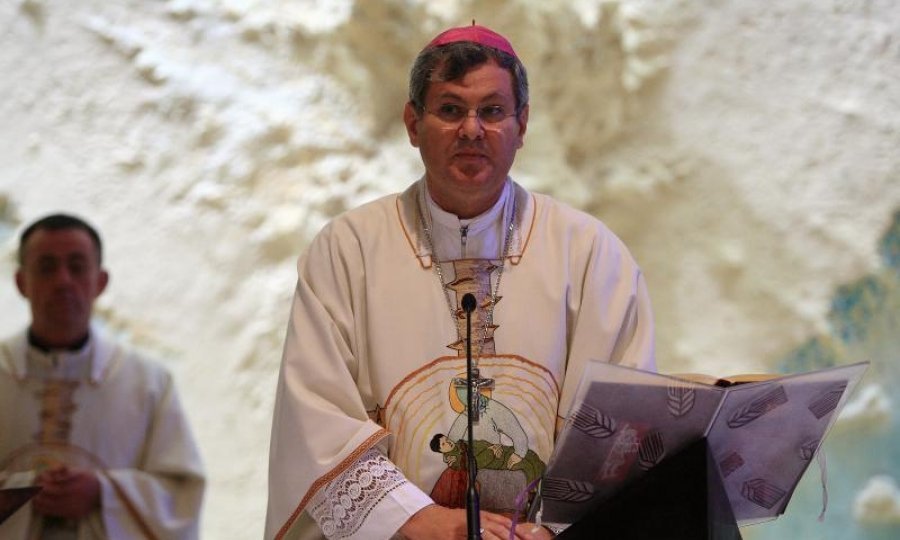 Sisak Bishop Vlado Kosic said in his sermon during Palm Sunday rites that the history of the Catholic Church in Croatia and the history of the Croatian people was martyrish and at the same time it was full of examples of "honorable defenders of truth in spite of the violence conducted by unjust people and truth haters".

In that context he spoke "45,000 victims of the Communist terror" and countless victims during the Homeland Defence War and the 1991-1995 aggression against Croatia who, he said, were subjected to suffering only because they were Croatians and Catholics, such was the example of priest Antun Grahovar who was brutally stabbed to death in his parish house in Sisak on 9 November 1990.

The worst thing is that "our authorities and most influential media treat those periods and atrocities as if the main criminals had been those who were actually the biggest victims and as if those who were exposed to suffering should apologise to criminals who committed murders, persecuted them and plundered their property and destroyed their homes and churches."

"In the present-day distortion of the truth, it is claimed that the criminals are victims," the dignitary said during the Mass on Sunday in the Cathedral in Sisak, some 50 kilometres southeast of Zagreb.

"Even if we can speak about what did happen, this is not respected and no true consequences are drawn. And still, no one has been held to account for crimes committed against the Catholics during the Second World War and its aftermath. Furthermore, a majority of those who committed crimes against Catholics during the Homeland Defence War have been amnestied," Kosic said, who called on the faithful to pray for politicians and media.