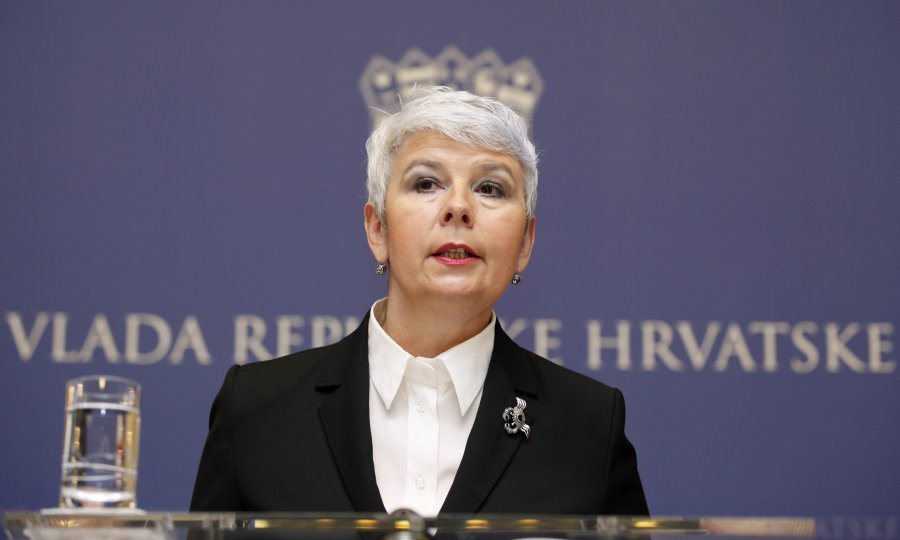 Domagoj Milosevic has been nominated as Deputy Prime Minister in charge of major investment projects, which is a new government post, Kosor said at a news conference at government headquarters.

Kosor said that today she would request Parliament to convene for an extraordinary session on Wednesday, December 29, at which the nominees for ministerial posts would be introduced and confirmed, so that "the government could start operating on the new foundations as early as the beginning of 2011".

The main motive for the government reshuffle was the reinforcement of its economic team and the accomplishment of one of the government's goals - recovery from the economic crisis - the other goal being the completion of the country's EU accession talks and the signing of the accession treaty in 2011, Kosor said, adding that the proposed reshuffle was supported by the ruling Croatian Democratic Union (HDZ) party and the ruling coalition government.

Kosor thanked the outgoing ministers - Finance Minister Ivan Suker, Defence Minister Branko Vukelic, the Minister of Environmental Protection, Physical Planning and Construction, Marina Matulovic Dropulic, and Culture Minister Bozo Biskupic, for their dedication to what she described as a difficult and unrewarding job in the executive authority over many years.

"We agreed that they would take their seats in Parliament. That was their decision," she said.

Answering reporters' questions, she strongly denied that the outgoing ministers were in any way linked to investigations by the anti-corruption agency USKOK.

"The departure of any of the government members cannot and must not be linked with anything that you are suggesting. It is our joint decision that we should be uncompromising in the fight against corruption," Kosor said, adding that the fight against corruption was one of the pillars of the government's work and that one's name and function were irrelevant in that fight.

Asked about previous speculation about the departure of ministers Darko Milinovic and Bozidar Kalmeta whose areas of responsibility include a number of companies that are now subject to investigation, Kosor said the ongoing investigations would continue, reiterating support for the autonomy of the State Attorney's Office, USKOK and the Ministry of the Interior in their work.

"I thank Mr Suker for his effort, he has certainly worked very hard and he must have grown tired," Kosor said.

"Work in the executive authority is very demanding, it requires 24-hour dedication, everyone has the right to question your work, and not everyone can take the criticism equally well," the PM said.

She added that the nominees for ministerial positions make "a relatively young team" that would give new impetus to the government.

The year 2011 is an election year, the elections will be held in late 2011, but we don't want a single second to be lost because of that. We want every second to be used for the accomplishment of the goals, Kosor said.

She mentioned in that context the implementation of some of the major new investment projects, which she said would provide for next year's economic growth to exceed the planned 1.5 percent, as well as the completion of EU entry talks.

"After that, elections will be held. That is a different battle. Its outcome is completely irrelevant at the moment. Now the most important thing is how to make the most of the time ahead of us," the PM said.

In that regard, the ruling coalition is unanimous, Kosor said, adding that she was confident that the reshuffled government would accomplish the set goals.