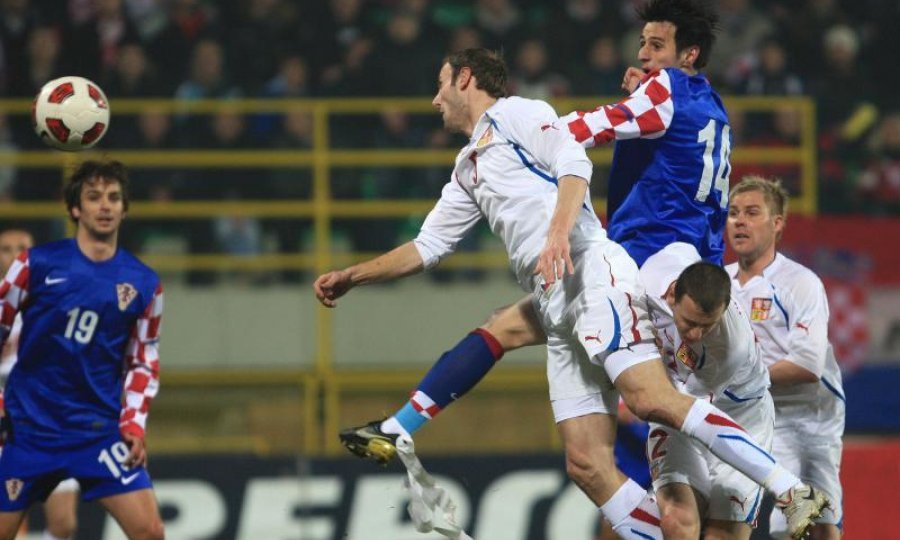 The Croatian men’s football team had the honor of opening the newly renovated Aldo Drosina Stadium in Pula, and made the most of that honor by winning their first match in 2011 by defeating the Czech Republic 4:2

In what was billed as a preparatory match for the Euro 2012 qualifier against Georgia in Tbilisi, Croatia overran the Czech Republic with goals from Eduardo, a brace by Nikola Kalinic and a spectacular first-time lob by Kaiserslautern midfielder Ivo Ilicevic from the center line.

The Czechs pulled back, however, with Sivok scoring against Runje on 20 minutes, while Arsenal’s Tomas Rosicky scored the equalizer in stoppage time.

Slaven Bilic made some changes to the Croatia lineup by bringing on Ivan Strinic, Dejan Lovren, Tomislav Dujmovic and HSV’s Mladen Petric. Croatia regained the lead after substitute Dujmovic fed a through-pass to Kalinic who got his brace with a powerful left-footed effort in to the top of Chelsea’s Petr Cech’s goal.

It was Cech who gifted Croatia their fourth goal when he came out of his area to control a ball outside the area. New Sevilla signing Ivan Rakitic pressed the keeper and Ivo Ilicevic pounced on the sloppy panic pass to lob it in from 40 yards out.