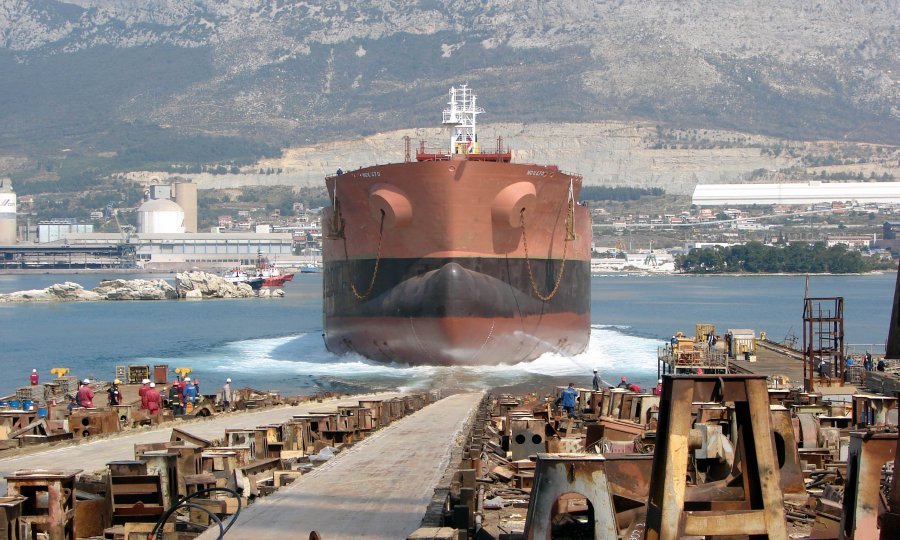 Economy Minister Ivan Vrdoljak and Labour Minister Mirando Mrsic said after Tuesday's meeting with representatives of the management and unions active in the Brodosplit shipyard that an agreement had been reached that would make it possible to complete negotiations on amendments to the collective agreement to mutual satisfaction.

The meeting was organised in an attempt to agree on severance packages for the workers who will be laid off as part of the Split dock's restructuring.

It was agreed that the Labour Act, the collective agreement and the right to union organisation would be honoured during the restructuring. The employer will provide the unionists with the findings of a survey on the severance packages conducted among the shipyard's workers, after which the social partners will agree on measures to improve the situation in the dock.

Such conclusions are expected to end the open conflict between Brodosplit's new owner, the DIV company, and the unions active in the dock.

Vrdoljak said it was clear that Brodosplit could not make it without close cooperation between the management, the workers and the unions.

The ministers would not comment on the amount of the severance packages. The unions demand HRK 6,400 net per year of service.

Before the meeting, new CEO Darko Pappo said that DIV owner Tomislav Debeljak offered a higher amount than envisaged in the collective agreement but did not disclose it.

Under the sales contract, DIV has the obligation to keep at least 2,000 of Brodosplit's current 3,300 workers.