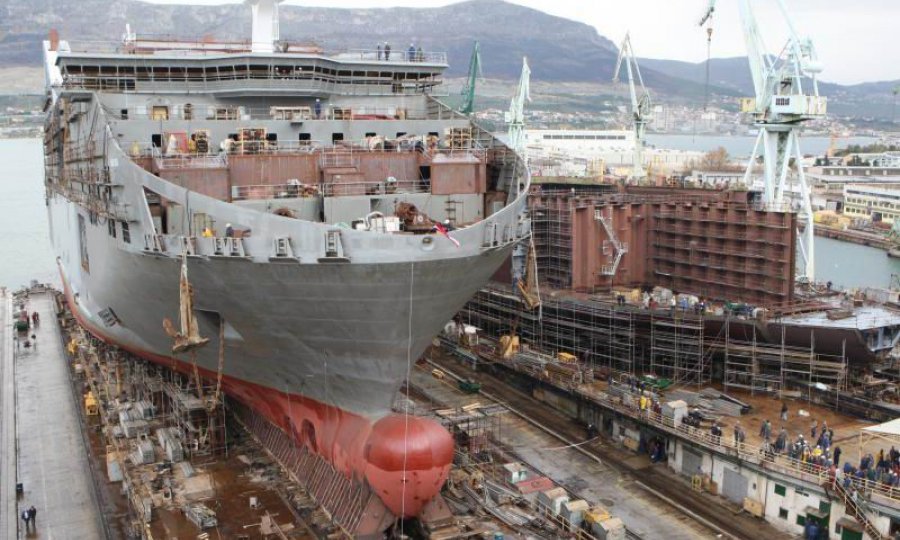 The European Commission has welcomed the Croatian government's decision to sell the Split-based shipyard and announced a meeting with Croatian officials for talks on the Croatian shipbuilding industry.

"We welcome the decision to sell Brodosplit/BSO. We trust the privatisation contract fully incorporates the restructuring plan approved by the Croatian Competition Authority and agreed by the Commission. As soon as we receive the contract, we will examine it in detail and discuss it with the Croatian authorities," European Enlargement Commissioner Stefan Fuele's spokesman Peter Stano said on Friday when asked to comment on Croatia's decision to accept the DIV company's offer for the purchase of the Split-based Brodosplit.

The government also rejected the bid by businessman Danko Koncar for the purchase of the shipyards in Trogir and Kraljevica, and decided to seek a new solution through privatisation and restructuring for the Rijeka-based "3. Maj" dock.

"As for the other yards, we understand that the Croatian government has rejected the bid and is now exploring alternative solutions," the spokesman Stano said.

"The services of the Commission have invited the Croatian authorities for a meeting to clarify the current situation and explore next steps," he added.

On Thursday, Prime Minister Zoran Milanovic's cabinet accepted the screw factory DIV's offer for the purchase of 8,073,568 shares in the Brodosplit shipyard, and it also turned down the bids by Koncar's Jadranska Ulaganja company for the purchase of the Brodotrogir and Kraljevica shipyards, deciding to seek a new solution for the shipyard in Trogir regarding its restructuring and to initiate bankruptcy proceedings for the Kraljevica dock.

The Pula-based Uljanik is to be privatised according to the model of the employee stock ownership plan and recapitalisation.