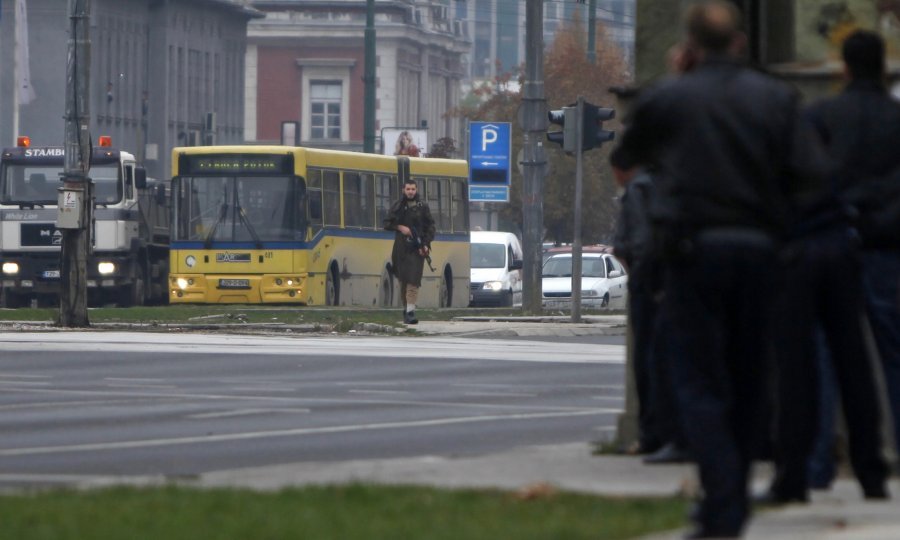 Bosnian prosecutors on Monday indicted three suspected radical Muslims on terrorism charges for the October 2011 attack on the U.S. embassy in Sarajevo.

The indictment names the three suspects as "members of an organised terrorist group (who) during 2011 decided ... to attack the U.S. embassy premises in Bosnia-Herzegovina," a statement from the Bosnia and Herzegovina prosecutor's office said.

The main defendant in the attack is Mevlid Jasarevic (24) who is accused of opening fire at the embassy with an automatic weapon. One police officer was wounded in the October 28 attack.

His two alleged accomplices, Emrah Fojnica (21) and Munib Ahmetspahic (22), were also charged with helping to prepare the attack and later covering up evidence including weapons, the statement added.

Jasarevic, a 23-year-old Serbian national, was arrested on the scene immediately after the attack. His co-accused were also detained.

All three men are members of a terrorist group that originated in Gornja Maoca, in northeastern Bosnia, the prosecutors said.

Gornja Maoca is an isolated hamlet considered the stronghold of the Bosnian Wahhabi movement, an ultra-conservative branch of Islam which is dominant in Saudi Arabia.

Jasarevic talked about his motives in a video filmed just before the attack and which the Sarajevo daily Dnevni Avaz posted on its website last week.

US deputy ambassador to Bosnia Jonathan Moore welcomed the issuing of the indictments for the terrorist attack in Sarajevo.