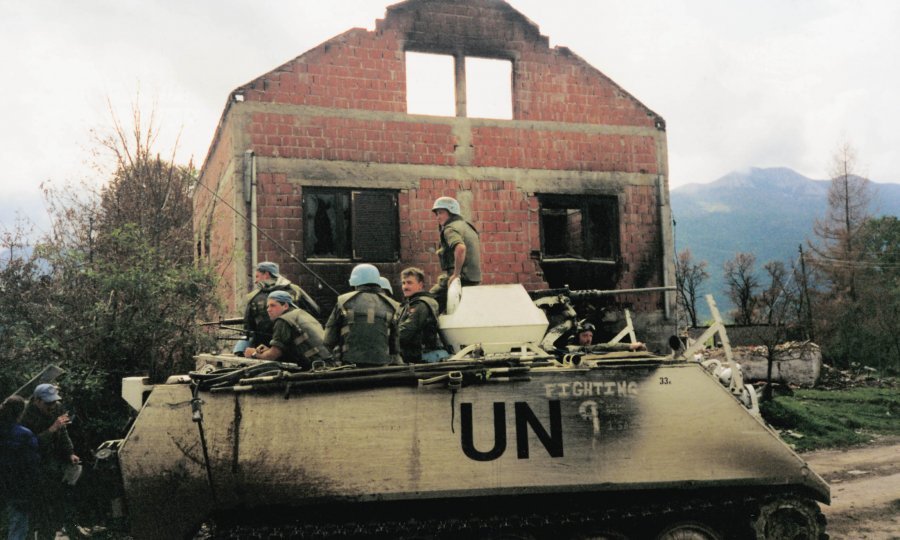 Four members of the Croatian army's 9th Guard Brigade "Wolves" and a former member of the military intelligence service SIS are suspected of war crimes against civilians and prisoners of war in the Medak Pocket, central Croatia, in 1993, a source close to the investigation said on Thursday.

The same source confirmed to Hina that the arrested persons were the commander of a 9th Guard Brigade company, Josip Krmpotic, and Brigade members Ivan Jurkovic, Miroslav Petti and Velibor Solaja, as well as former military secret agent Kresimir Tomljenovic.

It is still not known what exactly they are charged with, but some ten years ago, they were mentioned in connection with the Medak Pocket crimes as the perpetrators.

They are currently in the police station, after which they will be placed in custody, and on Friday they will be taken to the Zagreb County Prosecutor's Office for questioning.

Velimir Dosen, attorney for Krmpotic, told the press that six-seven years ago his client had been interviewed by Hague tribunal investigators who then discontinued proceedings against him.

Dosen said he did not know other details of the case, namely the exact charges against his client.

The suspects Krmpotic and Solaja were witnesses in the trial of the so-called Gospic group - former general Mirko Norac and Tihomir Oreskovic - who were charged with war crimes in the Gospic area in 1991 and 1992.

From 9 to 17 September 1993, during the retreat of Croatian forces from Medak, southern Croatia, which was placed under the control of UN peacekeepers, 23 local Serbs and five captured Serb insurgents were killed and 300 houses, barns and other facilities were destroyed.

Norac was convicted for those atrocities according to command responsibility, and he was released on parole from prison last November after serving two thirds of his prison sentence of 15 years. He was initially sentenced to 12 years' imprisonment for war crimes in the Gospic area and later to six years for crimes in the Medak Pocket. When the second verdict became final, the Supreme Court imposed on him a single prison sentence of 15 years.

General Rahim Ademi was acquitted of the charges of command responsibility for the Medak atrocities.