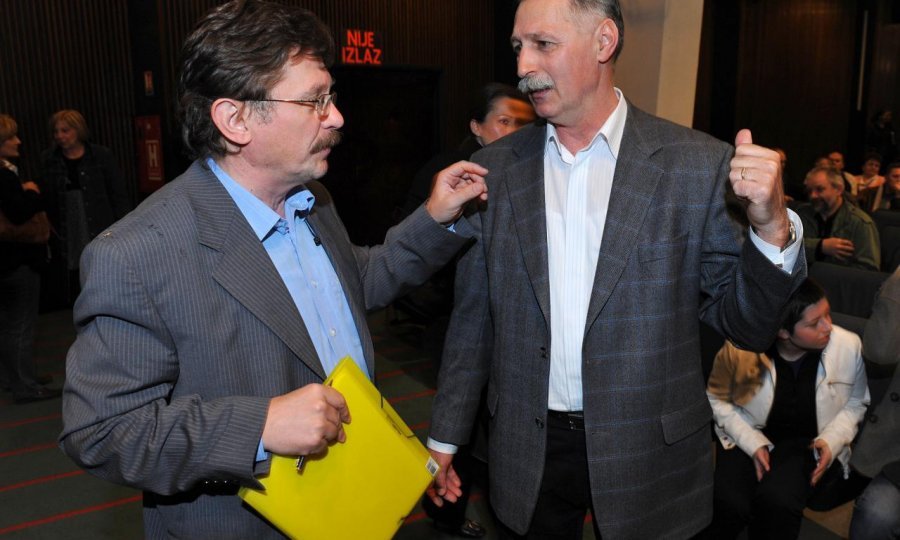 The leaders of twelve public service unions on Tuesday announced that they would hold a referendum on May 17 on whether to block the entire public service sector in an effort to compel the government to change its policy or to step down.

The blockade would be the climax to a campaign of protests being organised by unions, starting with the May 1, Labour Day protest rally being organised in Zagreb's main square.

Public servants will decide whether they will block public services to citizens so that they can see what it would be like to live without services they take for granted, one union leader said.

"Can you imagine the start of the tourist season with columns of cars from Croatia to the Austrian border, hundred metre queues in offices, doctors working according to emergency hours, teachers not issuing final marks, no enrolments at universities", the head of the Independent Union of Secondary School Teachers Branimir Mihalinec said, adding that he believed citizens would support industrial actions.

Citizens will probably experience certain problems, but this is unavoidable when public servants strike, president of the Matica union federation Vilim Ribic said.

Ribic read out union demands forwarded to the government: to reinstate abolished rights, withdraw decisions which derogate collective agreements, to adjust salaries in the public sector with other sectors, expedite amendments to the Law on Representation, and to offer a public apology for harassment as well as to dismiss compromised ministers and make a turnabout in economic policy.

Five years of crisis have clearly shown that austerity cannot pull the country out of recession. A reduction in budget deficit and foreign loans should only be approached when economic growth has been ensured and jobs opened, unionists said. If union action fails, unions intend to organise a referendum in the autumn to call for an early election.