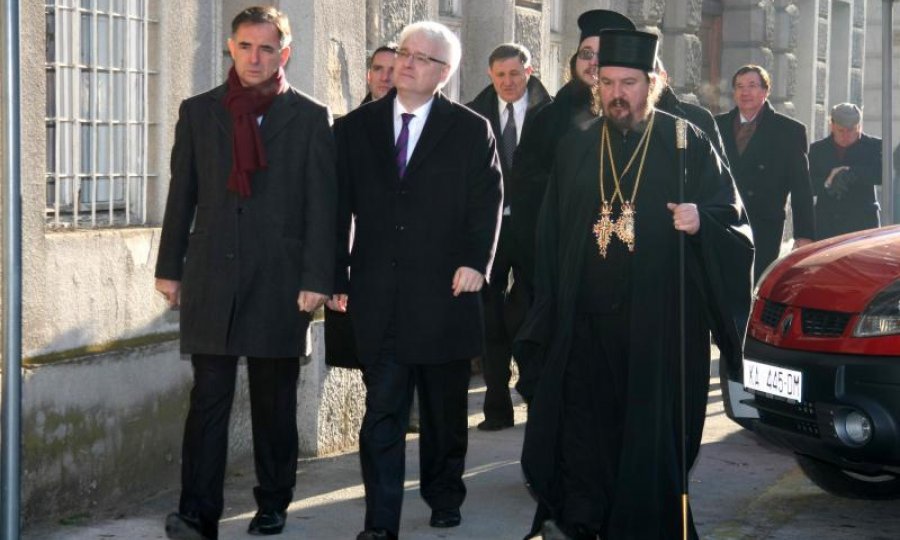 The Independent Democratic Serb Party (SDSS), the Serb People's Council (SNV), the Joint Council of Municipalities (ZNV) and the Prosvjeta cultural society on Sunday entirely dismissed a letter which Croatian President Ivo Josipovic sent to the Novosti magazine, describing the letter as a dangerous precedent wholly inappropriate to democracies and voicing surprise and concern about Josipovic's attack on SNV and SDSS founder Milorad Pupovac.

"We, representatives of the leading organisations of the Serb community and elected Serb representatives in municipalities, towns, counties and the parliament, consider this a move that is not in accordance with the democratic conception of the president's constitutional role nor with rules of parliamentary democracy," the four organisations said in a press release.

They said Josipovic's "move raises tensions in already fragile inter-ethnic relations in society, contrary to the parliamentary and real role of the SDSS, the SNV and other Serb organisations which work on trust, cooperation and mutual tolerance."

"We remind the president that the SDSS is a legal and legitimate representative of the Croatian electorate, and the president must not discriminate against either it or its representatives. We also remind that the SNV was organised on the basis of a treaty, a constitutional law and elections organised by the relevant state ministry, and that other Serb community organisations were organised on the basis of those same regulations and are neither fictitious nor the result of someone's private policy and arbitrariness," said the statement.

In a strongly-worded letter, Josipovic recently criticised Pupovac, president of the SNV and an SDSS deputy in parliament, for a dysfunctional policy through which, he said, he had done little for Serbs.

The signatories of today's press release said the language and rhetoric used in the letter were unacceptable, notably the insinuating politicking against not only Pupovac, but Serb organisations as well.

They said the SDSS was a parliamentary party and the SNV an organisation of Serb minority self-government in Croatia with more than 1,600 elected councillors.

They were especially surprised that the victim of the attack was Pupovac, one of the founders of the SNV and the SDSS, an MP, an eminent public official and university professor, saying his contribution to the creation of conditions for the inclusion of minority communities in the social and political life and to the expansion of political dialogue had been recognised also internationally.

The four organisations said it was not the president's duty to personally attack any MP or party activist or even count national minority members in the government.

"We are confident that in democratic societies it is not the job of the president of state to use his power to break up any party or organisation which affirms its legitimacy at elections and acts within the Constitution and the law, ostensibly for the purpose of pluralism. It is especially worrying that the president does not do this in the case of any other party, not even extremist political parties which use the language of hate and intolerance towards minorities, but does so to a minority party of a socialist political orientation," the press release said.