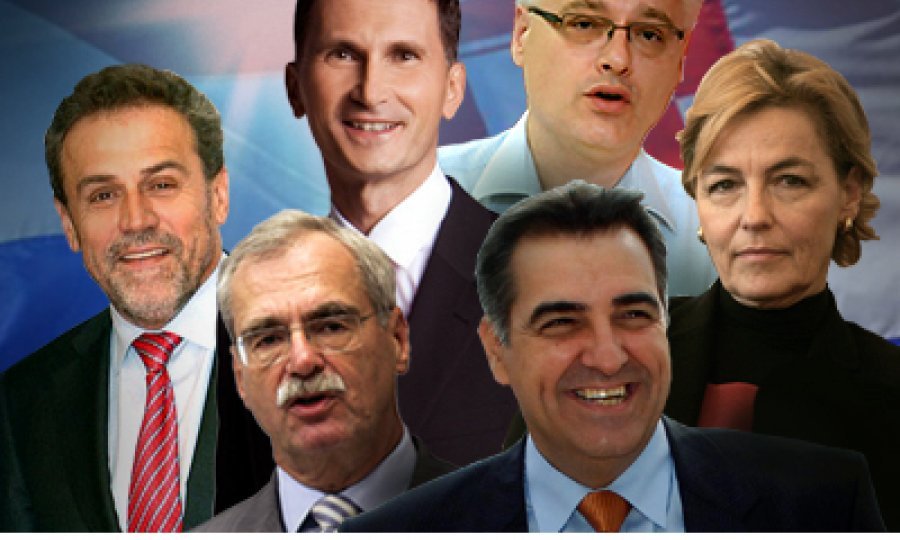 When one speaks of political division, one often thinks of the traditional division between left, right and center. That division dates back to the French Revolution at the end of the 16th century when liberal revolutionists sat to the left and the nobility and royalists to the right of the president
With the addition of the center, which contains elements of both ideologies, this division has survived to this day. The majority of modern political parties, in Croatia and in the world, belong in the center, be they right or left inclined.
According to the opinion Facebook opinion application, we, in addition to other election-related issues, listed members by their political orientation. Nearly one third of the "Mnijenje" application consider themselves closer to the right wing. One quarter declare themselves leftists and a fifth moderate centrists. Interestingly, over 20% of the members did not wish to follow what they consider to be the traditional frame of thought.
Although presidential candidates alway say that they want to be the president of all of the Croatia people, it is not difficult to read between the lines of their speeches and see right or leftist elements.

More than half of the votes of right wing supporters on Facebook, precisely 57%, would go to Miroslav Tuđman. It appears as if Tuđman Jr., at least amongst the Facebook community, is recognized as a representative of the rightist ideology, which may not be said of the other, rightist candidates.
Facebook rightists put candidate Milan Bandić in second with 11% of the virtual vote of the right wing political option. It must be noted, however, how Tuđman sympathizers have become increasingly active on Facebook recently, so it is no surprise that his support is steadily growing.
Expectedly, there is no consensus amongst the moderate centrists as there is amongst the rightists. The leading candidate amongst these virtual voters is, once more, Miroslav Tuđman, although his lead is not as considerable. Trailing Tuđman with 15% of the vote each are Vesna Pusić and Nadan Vidošević, and behind them, Ivo Josipović.

The virtual political left is split between two candidates. The majority of the virtual left have cast their votes for Ivo Josipović (41%) or Vesna Pusić (29%). The remaining candidates seem to be of no interest for the Facebook left.
Also of substantial interest are the Facebook voters who do not wish to be politically pigeonholed. Very much like the voters in the middle, no single candidate takes the cake here, either. This particular group of Facebook voters has the most sympathy for candidate Milan Bandić with 19%, followed by Ivo Josipović, Miroslav Tuđman and Nadan Vidošević. This group also has the highest percentage of voters who would not vote for a single candidate at just over 10%.
In short, the right wing on Facebook would vote for Miroslav Tuđman, while the left would go for Josipovć or Vesna Pusić. The independent candidates are far less profiled when political orientation is in question. Whether the lack of a defined political opinion will be seen as an advantage or not will be seen come election day.
Links preporučuje