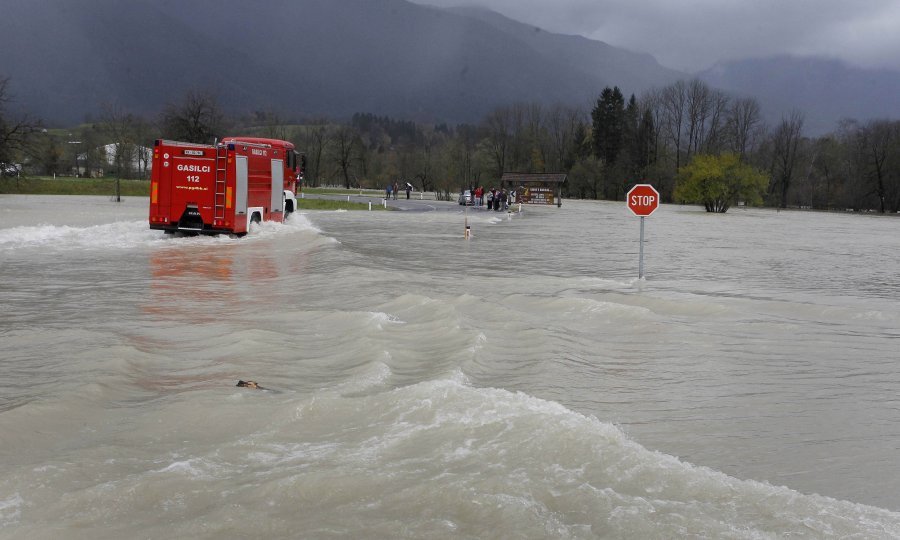 A flood wave came down the Drava river from Slovenia and Austria to the Varazdin County of northwestern Croatia during the night between Monday and Tuesday, inundating the village of Lovrecan Otok in Cestica municipality and forcing an evacuation, as the head of Varadzin County, Predrag Stromar, declared a state of emergency.

Four people were evacuated from Lovrecan Otok while 17 refused to leave their homes, the county authorities said in a statement on Tuesday morning. All the evacuees were accommodated with their families.

The Drava embankment near the village of Virje overflowed, flooding about 30 homes. Firefighters and rescue services were deployed in the flood-hit areas.

The county road running from Otok Virje to Brezje was closed to traffic and the border crossings with Slovenia at Dubrava Krizovljanska and Otok Virje were closed by the Slovenian authorities.

In neighbouring Medjimurje County, the Sveti Martin-Hotiza border crossing with Slovenia was closed after the Mura river overflowed its banks.

A flood wave going down the Sava river is expected to reach Velika Gorica, just south of Zagreb, between 4pm and 5pm on Tuesday. Firefighters were on stand-by throughout the night there, building a sand-bag embankment.

The Slovenian authorities said on Tuesday morning that floods were receding and the situation was calming down after torrential rains hit the country on Monday. Red alert was still in effect in the lower reaches of the Sava river towards the border with Croatia and in areas along the Drava river, which saw the highest flow rate in the last 47 years.