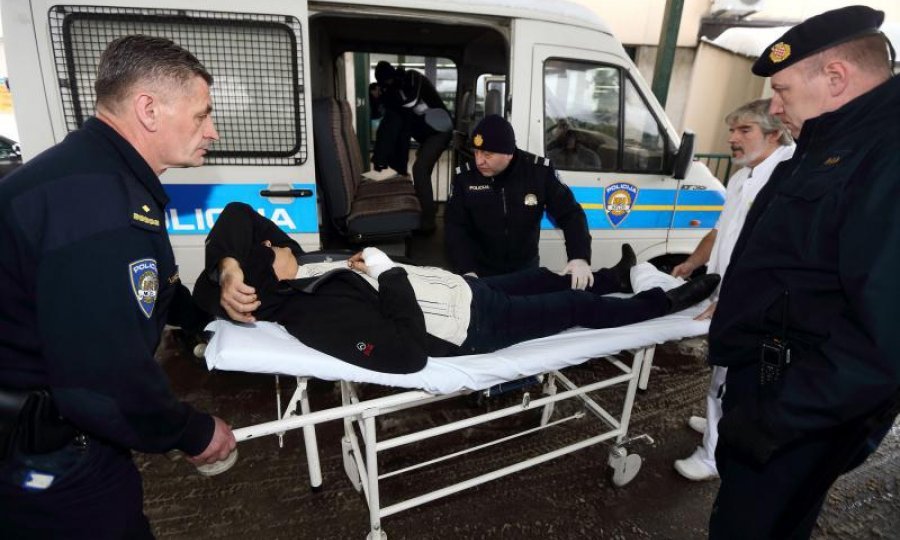 The suspect of two explosions that occurred in west Zagreb last week, Vojislav Blazevic (54), was given a 30-day detention by Zagreb County Court on Monday, on the grounds that he was considered as a flight risk and to prevent him from tampering with evidence.

The suspect persisted in standing mute so the motive for the attack is still not know.

The 54-year-old man is currently detained in hospital after sustaining minor injuries in the second explosion on 11 January.

His defence counsel Branko Seric told the media today that Blazevic was continuing to remain silent regarding the incident and had embarked on a hunger strike. Seric added that his client was exhausted. The lawyer lodged an appeal against the 30-day detention.

Seric added that Blazevic was to be transferred later to the Remetinec prison but considering his poor health he would probably be taken to the prison hospital.

The police charge Blazevic with a crime of putting human life and property in danger, which carries a prison sentence of up to five years.

Crime police chief Vitomir Bijelic has said that the investigation has not been concluded as the motive has not yet been established or whether Blazevic was acting alone or whether he had accomplices.

The first explosion occurred on January 9 at the Podsused railway station west of Zagreb and was detonated when a freight train passed over it.

The second explosion occurred two days later a little after midnight at a bus station a little further down the track towards downtown Zagreb.

Interior Minister Ranko Ostojic and Zagreb police chief Goran Burusic had dismissed the possibility of the two incidents being acts of terrorism.