Vandoren on possible completion of EU entry talks in June 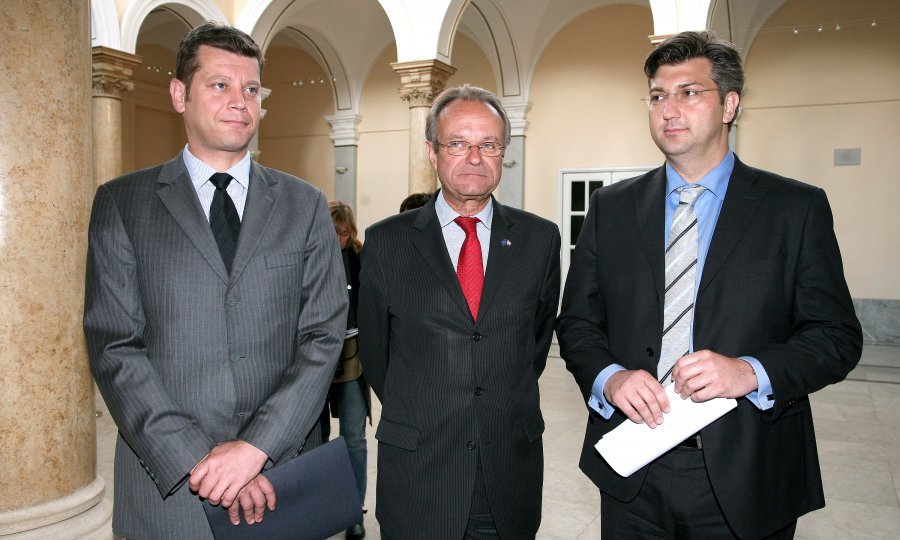 Asked if it was correct that Croatia would complete accession negotiations with the European Union on June 23, the head of the EU Delegation in Croatia, Paul Vandoren, said on Monday that depended on whether the Croatian government would meet the remaining accession benchmarks by then.

He said that on the level of EU countries and institutions there was a swing in that direction, recalling that the Croatian authorities had been working for quite some time on Chapter 23 - Judiciary and Fundamental Rights - which includes the fight against corruption and judicial reform, and on restructuring the shipyards.

Those elements are still on the table, Vandoren said at a conference held on the occasion of Europe Day.

Commenting on the euroscepticism among Croatian citizens, he said some survey results showed that support for the EU changed.

The fact that the support is not stronger means that Croatian citizens should be given more information about the EU, on which the EU Delegation and the Ministry of Foreign Affairs and European Integration are working, Vandoren said, voicing confidence that the coming months would see a surge in support for the idea of the EU and membership.

Croatians are not eurosceptic given that the whole society, since Croatia achieved independence nearly 20 years ago, has been trying to join the EU, said Andrej Plenkovic, the ministry's state secretary for European integration.

Asked about June 23 as the possible date for the completion of the negotiations, he said "everything is being done to complete (them) by the end of June."

We have the support of EU president Hungary and many other member countries and by the end of the week the government will adopt and deliver to the European Commission all the documents regarding our activities and reports on fulfilled commitments, said Plenkovic.

EU accession is a demanding and complex process and Croatia has undergone a new negotiation methodology, much more demanding than that applied to other member countries, he added.

Plenkovic said Croatia's accession process was somewhat longer because of, among other things, the crisis within the EU and the global economic crisis. All that has affected Croatia's EU accession and from the aspect of the Croatian citizen, it is taking longer than any of us expected, he added.

Plenkovic said the negotiating positions would be made public so that the public had enough time before the accession referendum in the autumn to learn about all the details of the negotiating process.

The Foreign Affairs and European Integration Ministry has set aside HRK 15 million in this year's budget for promotion, some of which has been invested in print media advertising and radio commercials, while TV commercials will be ready in a few days, so that the EU accession process is more accessible and visible to Croatian citizens, he said.