Sanader says indictment against him fabrication 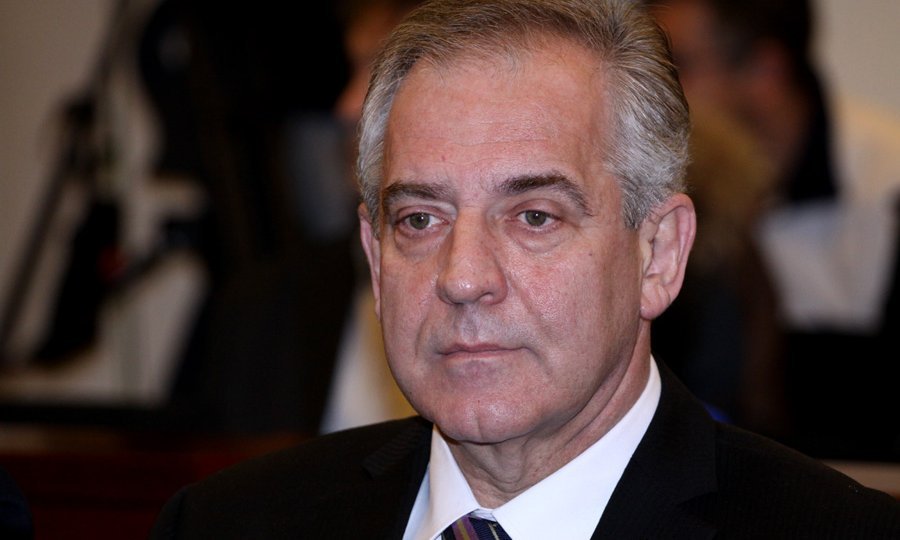 Commenting on the indictment issued against him for the commission he allegedly took from the Austrian Hypo Bank, former Prime Minister Ivo Sanader said on Thursday it was a fabrication which was being pinned on him after he served Croatia for 20 years, adding he was proud of those 20 years.

"I never asked for or received a bribe from Hypo Bank. I want to say this, because this is the first trial for the alleged war profiteering, while I have always honorably served my people," Sanader said, dismissing all USKOK accusations with indignation and disdain.

He said that while performing all senior duties, including that of the prime minister, he had served the country the best he could.

Stressing he was no hero, Sanader explained that he received the rank of colonel back in 1993 after he took part in a large-scale exchange of prisoners with rebel Serbs from the occupied Croatian areas.

Sanader claims that Croatia received documentation on which the indictment against him is based from Austria whose special prosecutors investigating malpractice at Hypo Bank found nothing contentious, adding that the Austrian prosecutor's office had called him as a witness and not as a suspect.

"The indictment is USKOK's fabrication which makes no sense and DORH (Office of the Croatian Prosecutor) did not include in it key documents which speak in my favour," Sanader said in his opening speech.

Upon the reading of the indictment, which Prosecutor Tamara Laptos additionally corroborated in her opening statement, Sanader's attorney Cedo Prodanovic said the indictment was based on circumstantial evidence which he said failed to provide facts.

Lawyer Prodanovic said there was no evidence against his client, adding that he would request that Sanader be acquitted of bribe-taking charges.

The defence team believes it would be more logical to claim that Croatia had to pay a commission for the loan which was allegedly difficult to get at the banking market at the time.

The defence said Sanader was included in the process only at the end of the negotiations when most of the things had already been agreed without him. The main person, according to lawyer Prodanovic, was the then Foreign Minister Mate Granic who proved his good relationship with Hypo Bank at the end of his term when he was hired as a Hypo Bank consultant.

The defence claims they will prove a person named Eugen Laxa existed and that Hypo Bank had paid high commissions to him on several occasions.

Prodanovic said the defence team will prove that Sanader was not authorised to bring Hypo Bank to the market in his capacity as deputy minister.

The defence will contest the part of the indictment referring to war profiteering, saying that the charges referred to the period when the said law had not even existed and that it was questionable if the trial was in accordance with the Constitution.

The trial was in recess and scheduled to resume at 1145 hours.