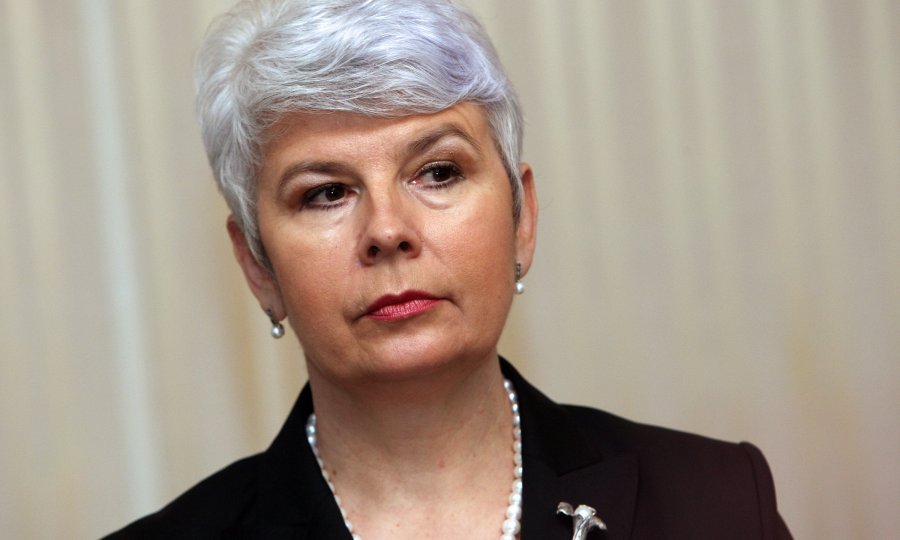 Prime Minister Jadranka Kosor said on Saturday she would not comment on former Deputy PM Damir Polancec's written statement, released on Friday, but said "it's certainly dangerous that the statement's intention is to discredit the work of judges".

"I won't fight and comment every day on various pieces of paper and pamphlets whose first goal is that neither we in the government nor the three pillars of authority should do our job, but comment on what someone says. Someone will say something every day and every day there will be some paper and I don't intend to comment on that," Kosor said in Zapresic.

Shortly after the Zagreb County Court sentenced him yesterday to 15 months in jail for abuse of office, Polancec delivered to the media a statement notarised on September 27 in which he claims that he met Parliament Deputy Speaker Vladimir Seks and that he told him to defend himself by saying that he had done everything at the orders of former PM Ivo Sanader.

The press asked Kosor to comment on such serious accusations and if the sentence was really reached in her ruling HDZ party.

"Do you really think that those are serious accusations?" said Kosor.

Kosor recalled that the judge in question, Ivan Turudic, said so in the media himself.

Asked if the HDZ was mobilising its members to prevent Sanader from returning to parliament, Kosor laughed, saying that no one entitled by law to activate their mandate in parliament could be prevented from doing so.

She refuted speculations that her incumbent national security advisor, Vlatko Cvrtila, would join the government.

"I have never talked to him about joining the government, which he will certainly confirm, but he certainly remains my advisor," said Kosor.