PM: Current week is of historic importance for Croatia 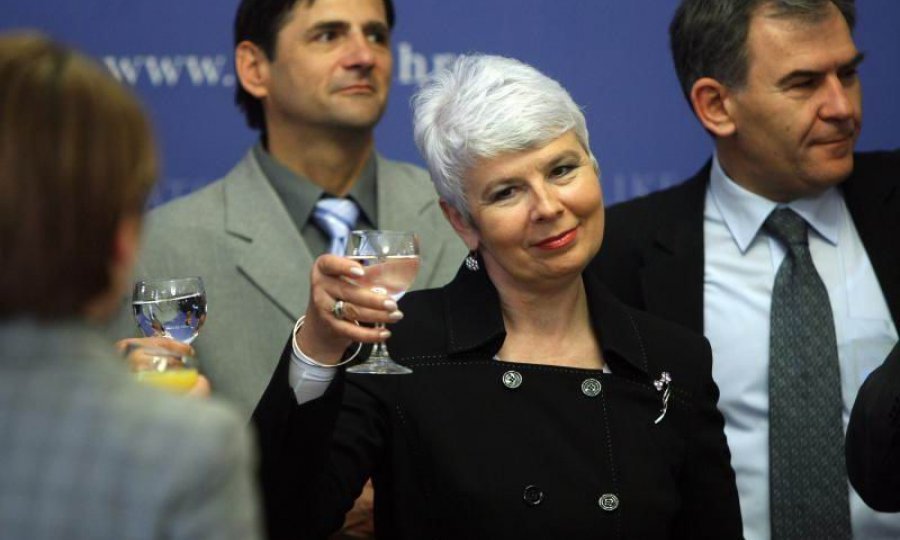 The current week, when Croatia is expected to receive from the European Council approval for the completion of its EU entry talks and when it celebrates the 20th anniversary of its independence, is of historic importance for all Croatians, Prime Minister Jadranka Kosor said in a statement on Thursday.

"This is a historic week for Croatia and for all its citizens because after a long time, since June 2004 and the country's obtaining candidate status, we have come to the end of the talks in June 2011," Kosor said before leaving for Brussels, where EU leaders will confirm, at their summit to be held on Thursday and Friday, that the accession talks with Croatia can be wrapped up by the end of June and that a Croatia-EU accession treaty can be signed by the end of the year.

On Thursday, Kosor will participate in a meeting of leaders of the European People's Party, and on Friday, at the end of the two-day summit of leaders of the EU 27, she will meet European Council President Herman Van Rompuy, European Commission President Jose Manuel Barroso, and Hungarian Prime Minister Viktor Orban, whose country is chairing the EU in the first half of this year.

After the meeting, a joint news conference is to be held at which the European Council's decision about the completion of the accession talks with Croatia will be announced.

"It will be an opportunity to thank all of them not only for their support but for the fact that they have recognised the efforts Croatia has been making and the reforms it has accomplished," said Kosor.

She welcomed a rise in Euro-optimism in Croatia as evidenced by recent opinion polls.

According to a survey the GfK market research agency conducted for the RTL commercial TV network, over the past month public support for Croatia's accession to the EU has increased and is now at 51 percent, while the number of opponents and those who are undecided has dropped by three percent.

The same survey shows that Croatians believe PM Kosor deserves the most credit for the completion of Croatia's EU entry talks.

Kosor said that the talks had lasted long, had been marked by ups and downs, that two years ago they had been completely blocked, but that now progress was visible in all areas, notably the judiciary, the fight against corruption and crime, and judicial reform.

Most importantly, those processes are irreversible and they create the foundation for the fight for everyone's human rights. I am well aware that we have to continue making efforts. I am very happy and satisfied and dedicate the completion of the talks to all Croatian veterans, Kosor said.

"Also, one should add to this the difficult legacy of the imposed war, war crimes and refugee return. We have successfully dealt with all of that, but after signing the accession treaty we should continue working, just as we will have to continue working hard after we enter the EU," said Kosor.