Terry Fox Run to take place in Zagreb on Sept. 23 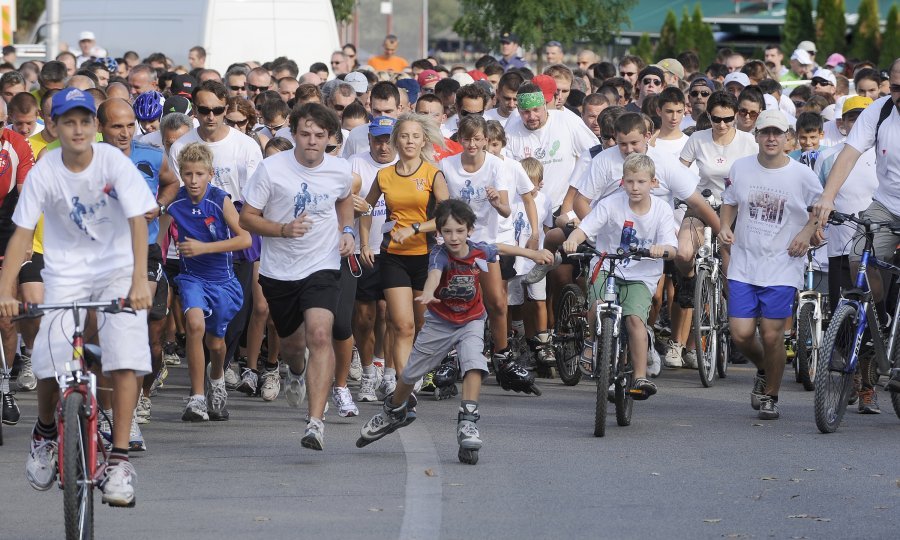 The 13th edition of the Terry Fox Run charity event in Croatia, which is aimed at raising public awareness and funds for cancer research, will take place at Zagreb's Lake Jarun on September 23, organisers announced at a press conference earlier this week.

The race will take place from 2pm to 6pm and all citizens are invited to take part in any way they like -- running, cycling, roller-skating or walking.

Donations can be made by dialling 060 800 400 and proceeds will be donated to the Rudjer Boskovic Institute for the purchase of chemicals and equipment for cancer research using molecular techniques, and partly to the Clinic for Children's Diseases for the purchase of two non-invasive monitors used in detecting pain in children.

This charity event is named in honour of Canadian amputee runner Terry Fox who at 21 attempted to run across Canada in 1980 to raise money for cancer research.

The Charge d'Affaires at the Canadian Embassy in Zagreb, Bill McCrimmon, said that about 100,000 runners usually participated in this traditional race in Canada. He said he was impressed by the public support of the race in Croatia, adding that some 4.5 million kuna (608,000 euros) had been raised in Croatia since the race was first launched.

This year the Terry Fox Run will be held for the 32nd time round the world, and McCrimmon said it had so far raised USD 600 million for cancer research.