Pusic: Croatia expects its accession treaty to be ratified by 13 countries by summer 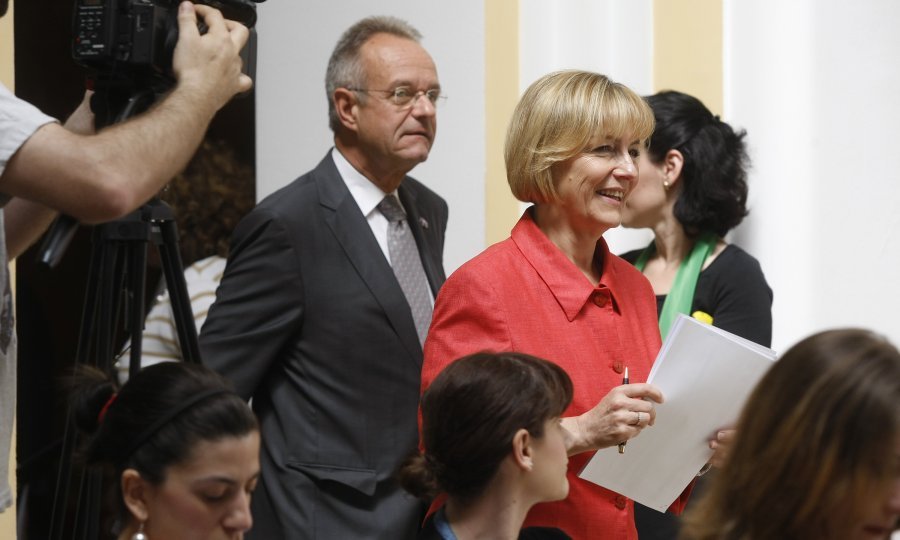 Croatia expects its Treaty of Accession to the European Union to be ratified by 13 out of the 27 member-countries by this summer, Foreign and European Affairs Minister Vesna Pusic said in Zagreb on Wednesday.

"By the summer recess, by the end of July, we could see 13 out of 27 ratifications," Pusic said at the 15th meeting of the Croatia-EU Joint Parliamentary Committee in Zagreb.

The agenda of the two-day meeting includes the ratification of Croatia's Treaty of Accession in the member-countries, the pre-accession monitoring, the role of national parliaments after the Lisbon Treaty, new challenges facing the Croatian parliament, the situation in southeastern Europe and the prospect of further EU enlargement, pre-accession assistance, the 2014-2020 financial framework and Croatia's economic outlook in the EU.

Of a total of 48 critical remarks in the April monitoring report, most are of a legal rather than political nature, Pusic said, adding that Croatia would like to have clear answers to all those questions by June.

"Now an action plan must be made for the fulfilment of the remaining obligations from the negotiating process. We already have a draft plan," she said, adding that one of the remarks concerned the issue of the survival of the shipyards without state aid.

Danish Ambassador Bo Eric Weber attended the meeting on behalf of his country, which is chairing the EU Council, while the European Commission was represented by the head of the EU Delegation in Zagreb, Paul Vandoren.

That number is too high, and that is particularly important because those young people will grow up and it is important to inform them, he said.