List of Croatian veterans suspected in Serbia of war crimes? 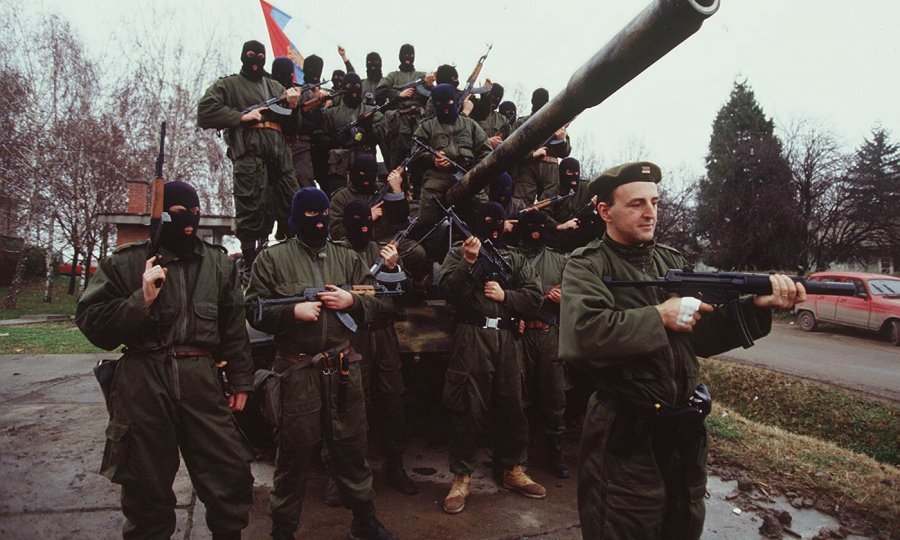 The web portal pollitika.com on Saturday night published a list with the names of 340 Croatian war veterans who it said were wanted by Serbian authorities on war crimes charges and for whom arrest warrants had been issued.

The portal said that the people in question had taken part in the defence of the eastern towns of Vukovar and Osijek, and that veteran Tihomir Purda of Vukovar was arrested on the Croatian-Bosnian border crossing of Orasje on Wednesday on such a warrant.

The 42-year-old Purda was arrested in Bosnia and Herzegovina on a warrant issued by Serbia, which wants him on war crimes charges, Bosnian State Court spokeswoman Selma Hadzic confirmed to media in Sarajevo this past Thursday.

Purda was arrested at the Orasje border crossing with Croatia on Wednesday as he tried to enter Bosnia and Herzegovina as a passenger in a car. He was arrested on an Interpol warrant on suspicion of committing "war crimes against infirm and wounded people".

Croatian Prime Minister Jadranka Kosor said on Saturday that if necessary, she would personally contact Serbian President Boris Tadic to discuss Purda's case. She added that Justice Minister Drazen Bosnjakovic would give a statement on the case on Sunday or Monday, and that he would contact his Serbian counterpart on Monday.

"We will do all we can to get to the truth of the matter and see what can be done because it would not be good if the impression is created that Croatian war veterans are being persecuted," Kosor said.

The Ministry of Family Affairs, War Veterans and Inter-generational Solidarity said yesterday that it had contacted Purda's family after consulting with PM Kosor.

"Awaiting detailed information on the arrest, the Ministry notes that the event is a possible consequence of the publication of the war veterans' register on the Internet. The Ministry also recalls that it has warned that going public with the Homeland War Veterans' Register could have such consequences and underlines once again that protection of veterans' personal information means protection of the war veterans themselves," the Ministry said in a statement.

The Ministry believes that the case, just like the arrest of Croatian veteran Veljko Maric in April 2010 on a Serbian-Bulgarian border crossing, is the best message to all who advocate publishing information from the veterans' register about the consequences such a decision could have.

Commenting on Purda's arrest, Croatian Party of Rights (HSP) president Daniel Srb said on Friday his party had come into the possession of a list of persons from the Serbian prosecutor's office for war crimes, which he said contained the names of 332 Croatian veterans who had fought in Vukovar and another 100 who had fought in Osijek.

Srb said such indictments had existed for years but that arrests based on them on Bosnian territory had begun only now.