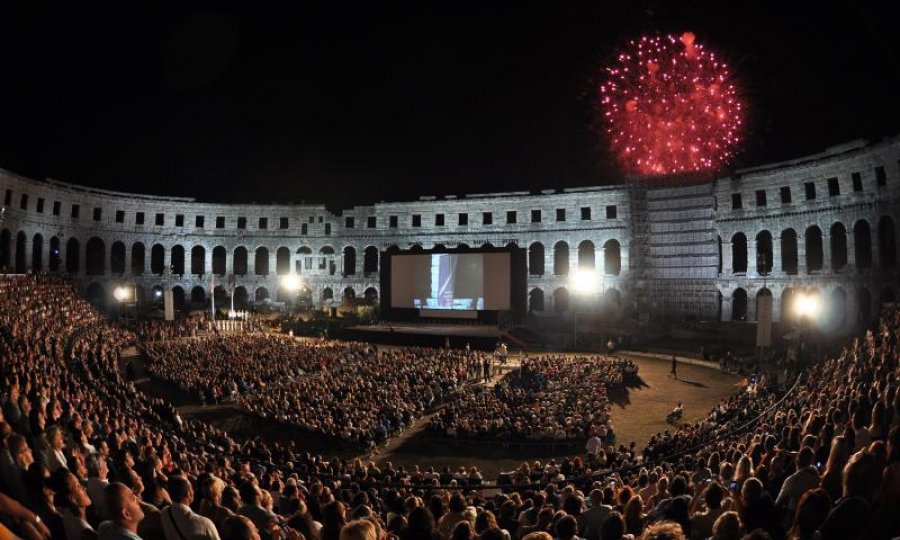 The 58th annual Pula Film Festival opened in the Roman amphitheatre in the northern Adriatic city of Pula on Saturday night and over the next week it will feature 10 films in the National Programme's main section and nine minor co-productions.

Attending the opening, Croatian President Ivo Josipovic said he personally remembered the festival by the fact that great artists visited it every year.

"Film is the ultimate art form, film is a celebration of art. This festival is back on the path of glory and I am sure that Pula, Istria and Croatia will continue to be recognised by this film festival," he said.

Also present was Culture Minister Jasen Mesic. "I believe that with the new package of audio-visual regulations, we have paved the way for investing in audio-visual art as well as for international co-productions and ensured the survival of this important part of Croatian culture in the European Union."

James Ivory, one of the world's most respected directors, was presented at the opening with the Gold Arena award for his lifetime contribution to film. The festival will feature a retrospective of his work.

Speaking to the press before the opening, Josipovic said "the festival is regaining the old splendor that it deserves. In the context of the Italian president's visit to Croatia (earlier in the week), I am most pleased that Italy is this year's festival's partner country."

He said the region was excellently represented at the festival and that this made him happy as he was a big advocate of a "strong regional policy." He would not answer questions about the current political situation in Croatia.