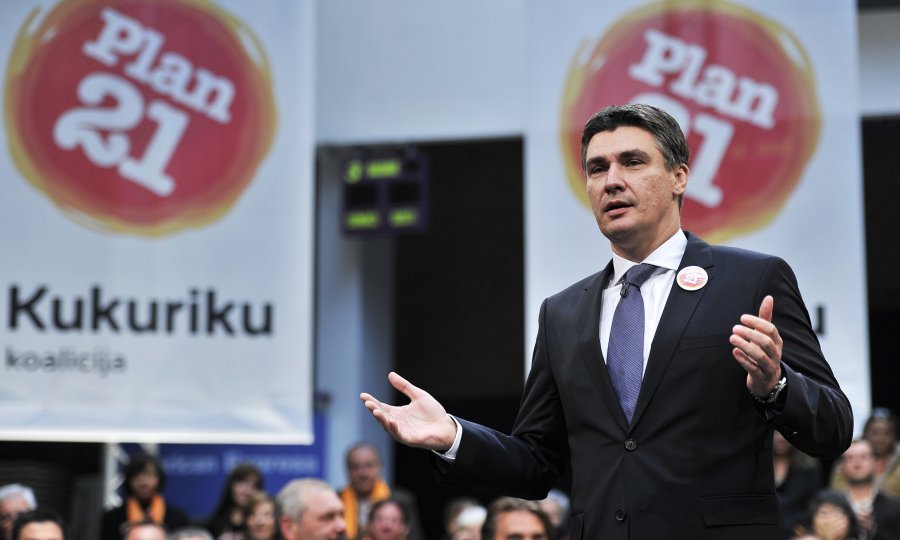 Social Democratic Party (SDP) chief Zoran Milanovic told reporters on Thursday that the opening of an investigation into the ruling Croatian Democratic Union (HDZ) as a legal entity was without precedent in Croatia and that the judiciary would have the final say.

Addressing a news conference in SDP offices, Milanovic called on the Office of the Chief State Prosecutor (DORH) to do its job regardless of who its investigations might refer to.

The SDP leader said the current developments regarding the HDZ were diverting public attention from important topics, adding that the SDP would not let it happen.

Asked if today was the day when the opposition coalition led by his party had definitely won the elections, Milanovic said it was not.

"Until votes are counted and official results are announced, elections are not over."

Asked if his party had secret bank accounts, Milanovic said the SDP's accounts were not secret but legal.

He would not comment on the investigation into the HDZ, saying only it was DORH's job to decide if the evidence collected was good enough to issue an indictment.

He said that he understood the HDZ's need to protect itself from what was happening to it, but that the SDP had in no way contributed to the HDZ's current situation and that its conscience was clear.

Asked if this meant that SDP member Zeljko Jovanovic had been right all along, Milanovic said that the SDP was not gloating and that it was not up to politicians to say if that was true.

He also would not comment on the timing of the investigation, saying that DORH should work in line with the law.