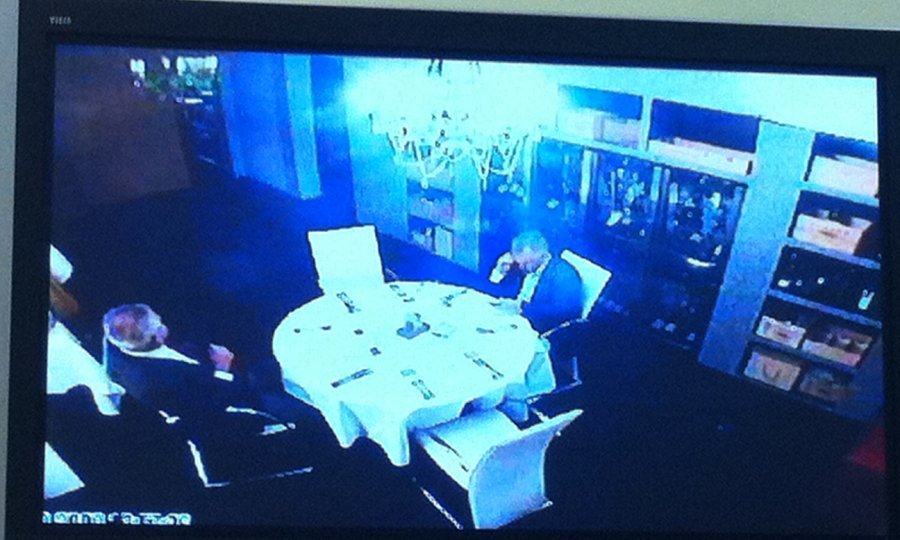 Sanader i Hernadi u Marcellinu

The Croatian Police Directorate has received a request from the court to issue a warrant for the arrest of the CEO of the Hungarian energy company MOL, Zsolt Hernadi, who is suspected of bribing former Croatian Prime Minister Ivo Sanader into giving MOL management rights in the Croatian oil and gas company INA.

Sources in the Croatian Police directorate told the media that an international arrest warrant was to follow, namely it would be published on the Interpol website.

Zagreb County Court on Friday set investigative detention for Hernadi at the proposal of the Croatian anti-corruption office USKOK.

After an investigative judge set detention on the grounds of Hernadi being a flight risk, a warrant for his arrest can be issued.

The prosecution opted for detention after Hungary recently declined to present Hernadi with a subpoena for his questioning in Croatia. Before that Hungarian authorities declined to interrogate Hernadi themselves stating the protection of national interest as the reason for the rejection. Hungary insisted an investigation had been carried out and later suspended as evidence showed that the MOL CEO had nothing to do with the alleged illegal activities.

Last November, the Zagreb court sentenced Sanader on corruption charges involving the alleged payment of a bribe of millions of euros to give MOL management rights in its Croatian peer INA.

MOL's stake in INA is just short of a majority. The other big shareholder in the company is the Croatian state.