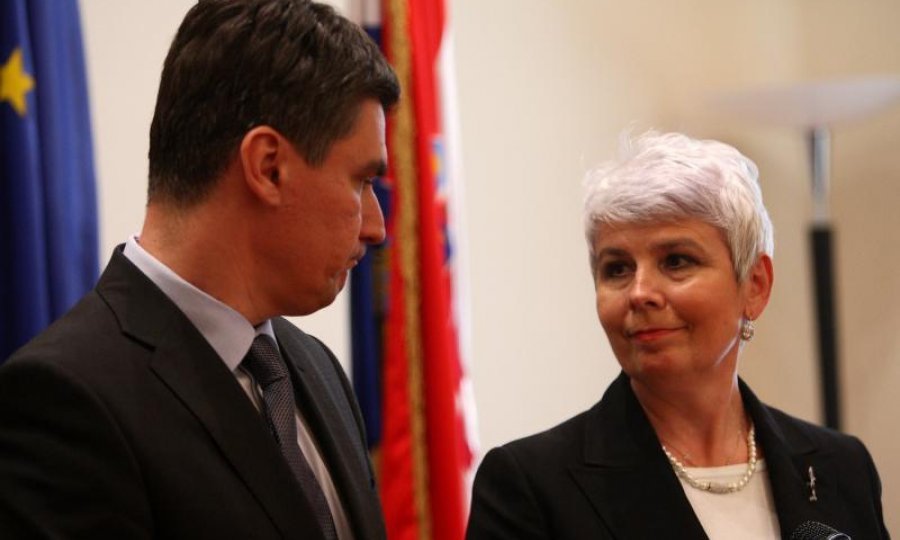 Croatian Prime Minister Jadranka Kosor has said that the chief of the strongest opposition Social Democratic Party (SDP), Zoran Milanovic "is very nervous as we have concluded the negotiations with the European Union" by the end of June.

Asked by reporters to comment on Milanovic's criticism of the insistence of her cabinet to have a meeting with the Office of the Chief State Prosecutor (DORH) over speculations about graft in INA and MOL as the interference of the executive branch into the work of the judiciary, Kosor said on Wednesday that she believed that the Opposition leader "is very nervous" as his plan to see Croatia failing to complete the EU accession talks was foiled.

Kosor said yesterday that she had proposed a meeting of the government representatives and DORH in light of "very serious" speculations in the media on investigations in bribe-taking by former Croatian officials in return for allowing Hungary's MOL to have control over INA. Kosor said that purpose of the meeting would be to establish what the government could do to protect Croatia's national interests.

The premier said today that DORH protected the interests of the Republic of Croatia, the ownership and property and that "the government must certainly protect national interests".