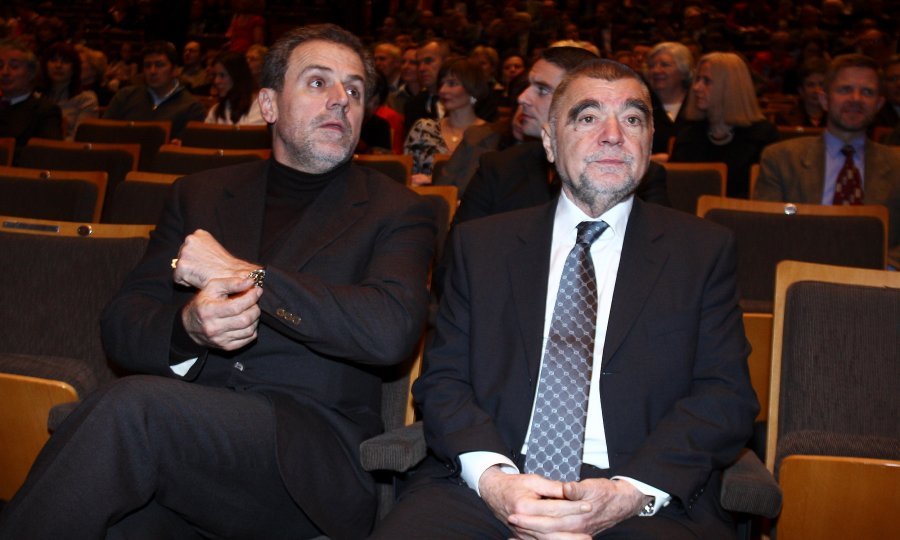 President Stjepan Mesic said on Tuesday that independent presidential candidate Milan Bandic was not telling the truth when he said that he had taken part in Mesic's presidential campaigns, and that it was not correct that he had not informed the public about the cost of his own campaigns, stressing they had not been irregular, as shown by a publicly available independent audit report.

"I'm sorry that gentleman is lying," Mesic told the press.

He was asked to comment on Bandic's statement yesterday that he had takenpart in both of Mesic's presidential campaigns, that after 10 years Mesicshould inform the public about the campaign costs, and his claim that Mesiccould have wrapped up his term "in a more dignified and fairer way".

Mesic said the Social Democrats (SDP), Bandic's former party, did notsupport him in the first campaign, while in the second, in which the party didsupport him, Bandic was involved as president of the party's Zagreb branch.

"When he says that he was involved, he should know that I'm the onlycandidate who submitted a campaign financing report and asked that the reportbe checked by an independent audit," Mesic said, adding the audit foundthere had been no irregularities.

"That was published and is available to the public ... and can alwaysbe checked," he said, adding Bandic had no reason to be angry.

"Why is he angry? That gentleman has no reason to be angry. I'm onlyhelping. Because, were he (elected president), his report on the financing ofhis election campaign should be completely transparent."

Mesic recalled that he himself had "big difficulties" after someindividuals speculated that his campaign had been financed by Hrvoje Petrac,"although that has nothing to do with facts". Petrac is acontroversial businessman serving a prison sentence.

Asked if the candidates in the January 10 presidential runoff were"remote-controlled", Bandic by former Prime Minister Ivo Sanader andIvo Josipovic by Zoran Milanovic, the president of his party, the SDP, Mesicanswered in the negative.

"I think they are just trading shots without any foundation ... thefuture president can't and mustn't be on anyone's remote control," hesaid, adding the press would find out very quickly if there was communicationwith any party.

Mesic stressed that the president, regardless of which party he came from,"mustn't be tied because the Constitution prohibits it".

"Whoever thinks of coming (to the president's office) must be awarethat he must turn off the remote now. And I think that even a child realisesthat Ivo Sanader wants Mr. Bandic more than Josipovic (to becomepresident)," he said.

Responding to Mesic's statement that he was lying about being involved inhis presidential campaigns, Bandic said Mesic had grown a bit old andforgetful, but that he forgave him.

"But he could have bid goodbye to his post in a more dignified andfairer manner. If I were to count how many times a day he called me as themayor of Zagreb over the last 10 years, I could speak for about 18 days,"Bandic said on Croatian Radio.

Commenting on Mesic's assessment that even a child realised that Sanaderpreferred him to Josipovic as the next head of state, Bandic said, "Firstof all, I am neither the candidate of Mr. Mesic nor of Mr. Sanader nor of Mr.Zoran Milanovic. I am the candidate of the common Croat".