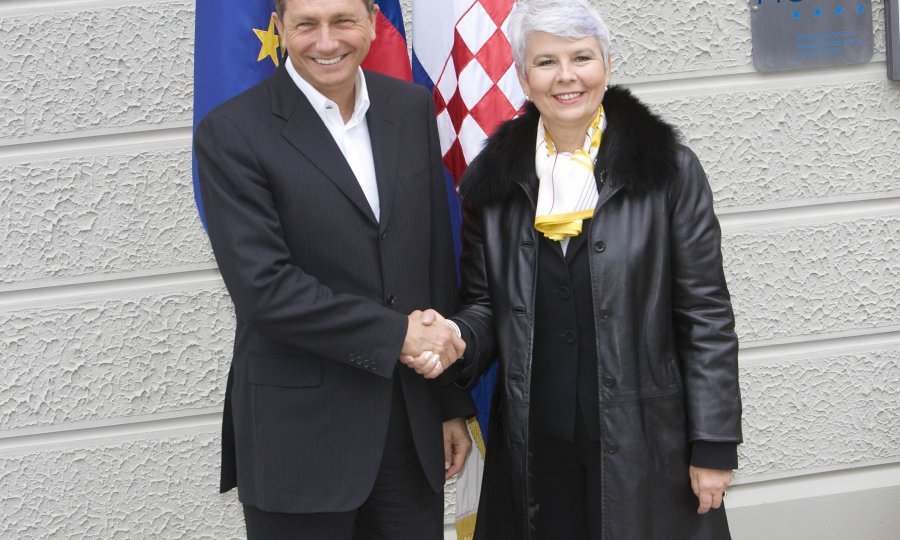 Croatian and Slovenian Prime Ministers Jadranka Kosor and Borut Pahor, who on Saturday held talks in the Istrian town of Lovran, agreed on stepping up economic cooperation and setting up a task force to examine possibilities of joint control of the two countries' air space.

After the meeting, Pahor and Kosor told a news conference that a joint commission might be set up to propose joint ventures of Slovenia and Croatia on third markets.

Thus, they agreed that Croatia and Slovenia would participate together in the Expo 2012 in Korea.

Kosor said that she and her guest had talked about a plan that Croatia and Slovenia, as two allies in NATO, set up a task force to examine possibilities for cooperation in controlling their air space with the purpose of cutting costs of both countries.

The bilateral economic commission including economy ministers as well as foreign ministers and two chambers of commerce will elaborate a plan for the joint appearance of Croatia and Slovenia on third markets, Kosor said.

According to Kosor, Slovenia and its premier Pahor reaffirmed their strong support to Croatia's efforts to complete the accession negotiations with the European Union.

Kosor said that the support had been expressed during last week's meeting of Pahor and Hungarian Prime Minister Viktor Orban which the Croatian premier found to be important given that Hungary will be at the helm of the EU in the first half of 2011.

Kosor and Pahor welcomed the successful overcoming of many problems so far such as the border dispute which would be settled by the two countries' arbitration agreement as result of which the border issue was separated from Croatia's EU membership talks.

Pahor said that there were few who believed that the border issue could be solved by the end of 2009 after he and his Croatian counterpart announced the solution at their meeting in July 2009. However, this has been achieved, he said adding that Kosor and he agreed this July on the banking issue pertaining to the succession to the former Socialist Federal Republic of Yugoslavia be solved within next 90 days.

Pahor said that Serbia expressed its intention to join the regional process called Brdo process, announcing the formal admission of Serbia at the coming meeting of justice ministers from this initiative.

This is important for security, stability, peace and economy of the region, he said.

Kosor emphasised the importance of the joint Croatian-Slovenian-Serbian "Cargo 10" company for rail cargo transport along the pan-European corridor No. 10.