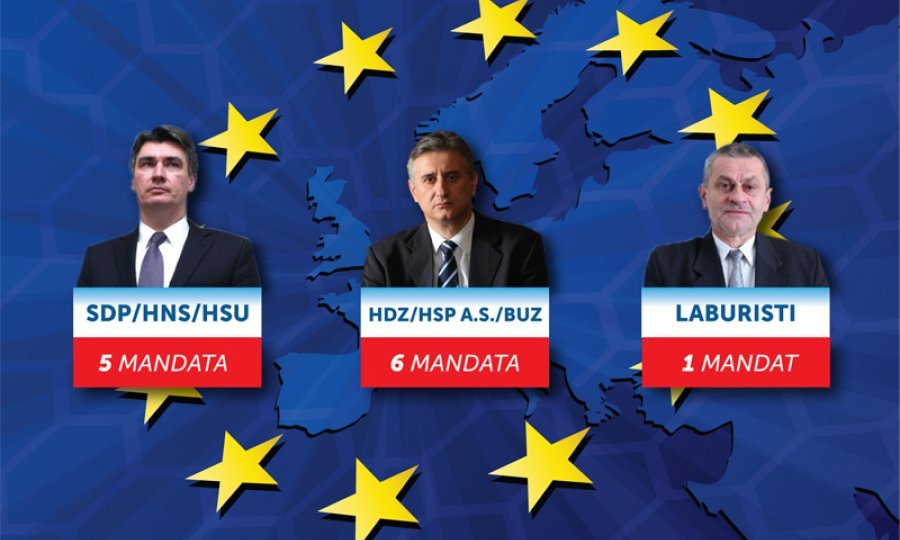 According to returns from 98.01% of polling stations, the opposition HDZ-HSP AS-BUZ coalition won six out of 12 seats designated for Croatian deputies in the European Parliament upon their country's admission to the European Union, set for 1 July.

The State Election Commission (DIP) reported at midnight on Sunday that the slate of the coalition led by the strongest opposition party -- the Croatian Democratic Union (HDZ) -- which also includes candidates of the Croatian Party of Rights Dr Ante Starcevic (HSP AS) and the BUZ pensioners' party, won 32.93% of the ballots cast in Croatia's first election for its MEPs earlier on Sunday.

The coalition consisting of the ruling Social Democratic Party (SDP), the Croatian People's Party (HNS) and the Croatian Pensioners' Party (HSU) followed with 31.95%. The Labour Party finished third with 5.76% in the election which may enable it to have one seat in the EP.

The whole of Croatia was one constituency in this election.