Gov't takes over docks' liabilities of HRK 1.8 bln and adds them to public debt 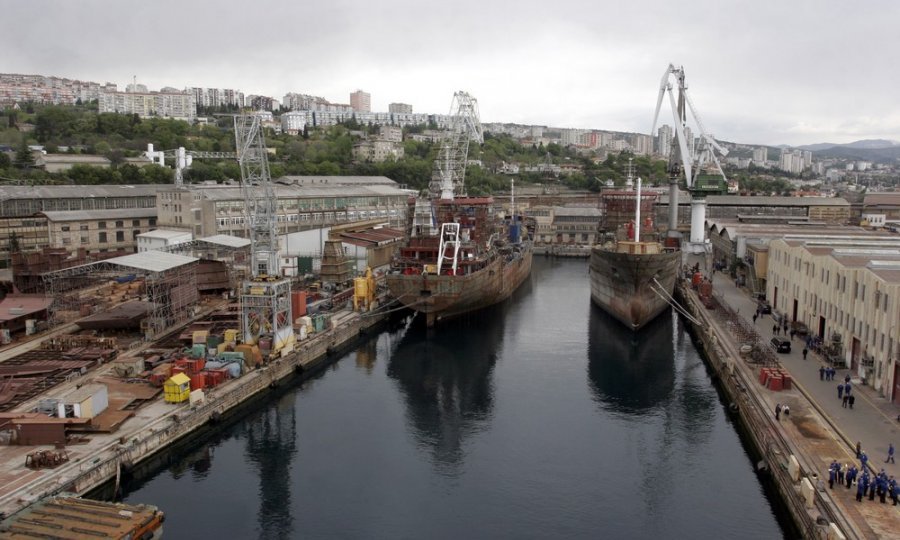 The Croatian government on Thursday decided to take over the credit liabilities of three shipyards -- "3.maj", Brodotrogir and Brodosplit -- in the amount of HRK 1.837 billion in accordance with state guarantees and to add this amount to Croatia's public debt.

The government will sign a loan agreement with Credit Suisse International in London for that purpose which would stipulate more favourable conditions than they have been so far, Finance Minister Slavko Linic said at the meeting.

The terms and conditions will stipulate a two-year grace period and a four-year period of repayment with the exclusion of the one-off fee of 1.7%, and with a one percent lower interest rate than previously agreed, according to Linic.

The takeover of the shipyards' credit liabilities, ensured by state guarantees, is part of the programme aimed at restructuring Croatia's shipbuilding industry, which was approved by the European Commission and the Croatian Competition Agency.

The cabinet of Prime Minister Zoran Milanovic today endorsed an agreement on the financing of programmes from the Instrument for Pre-Accession Assistance (IPA) component on Transition Assistance and Institution Building for 2011.

The programmes are worth HRK 429 million, with 256 million to be granted from the EU and the rest to be secured by Croatia, the Regional Development and EU Funds Minister Branko Grcic said.