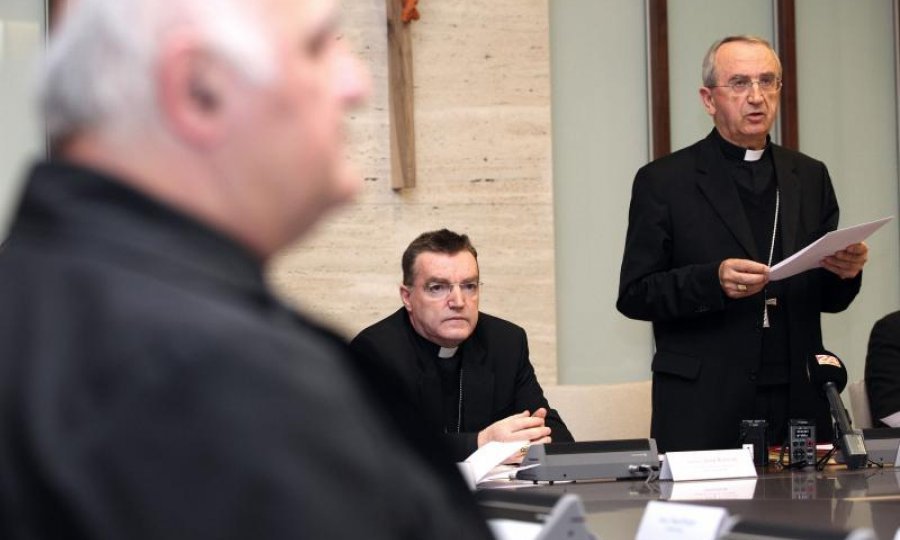 Croatian bishops expect Prime Minister Zoran Milanovic to explain his claim that "the Church and the HDZ party have been protecting criminals over the past 20 years" and demand an apology for such an insult, slander and defamation, read a statement issued by the Croatian Bishops' Conference (HBK) press office.

At their session on Monday, bishops were briefed about the statement Milanovic made at a government session held on 26 June which was carried by the media. "In the context of a debate on the law on judicial cooperation in criminal matters with EU member countries, the prime minister said that 'for the past 20 years criminals have been protected by the Church and the HDZ'. Bishops expect an explanation and demand an apology for this insult, slander and defamation," the statement said.

Bishops also talked about issues concerning the changed relations between the Military Ordinariate and the Croatian Defence Ministry as well as the planned and partly implemented reform at the national broadcaster HRT.

The session of the HBK Standing Council, which was held in Zagreb, was chaired by the HBK President, Zadar Archbishop Zelimir Puljic.