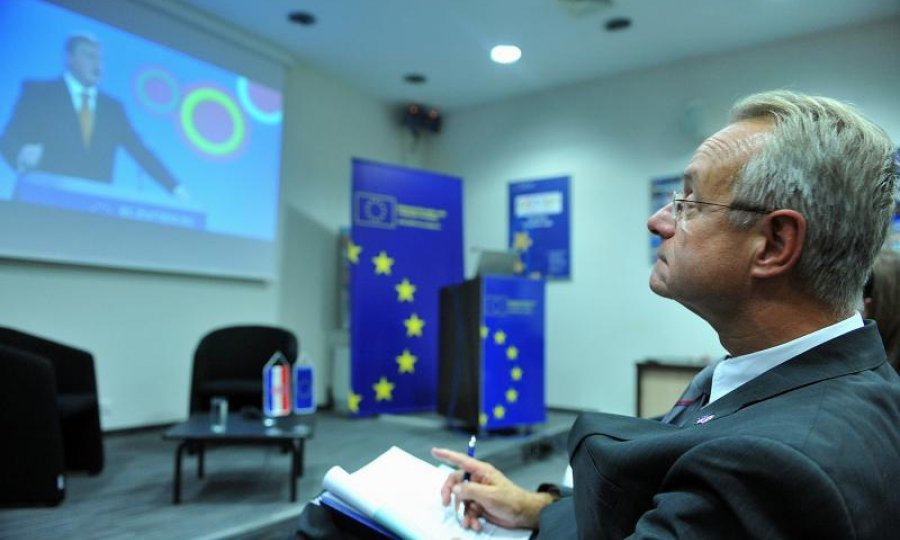 The head of the European Union's Delegation to Croatia, Ambassador Paul Vandoren, and EU member-states' ambassadors, accredited in Zagreb, on Thursday held a meeting with Croatia's First Deputy Prime Minister and Economy Minister Radimir Cacic who acquainted them with the government's strategy for attracting foreign investments and with the government's decision pertaining to the national shipbuilding industry, according a a press release issued by the EU Delegation on Friday.

The Croatian minister "focused his intervention on the strong investment strategy of the Government, notably in the energy sector, the need to remove present obstacles to investments, and on the decisions taken by the Government in the shipbuilding sector."

"The ambassadors and the first deputy prime minister exchanged their views on the use of renewable energy and on the steps needed to improve business environment. The ambassadors welcomed the government decision to examine the obstacles to direct investment, identified by the EU side a few weeks ago," reads the press release.

"With respect to the shipyards, following government decision, ambassador Vandoren stressed the need to solve the issue of their restructuring soon, in order to comply with the provisions of the Accession Treaty. This is one of the main subjects of the European Commission monitoring."