'Things are changing for the better, Q2 results better than Q1' 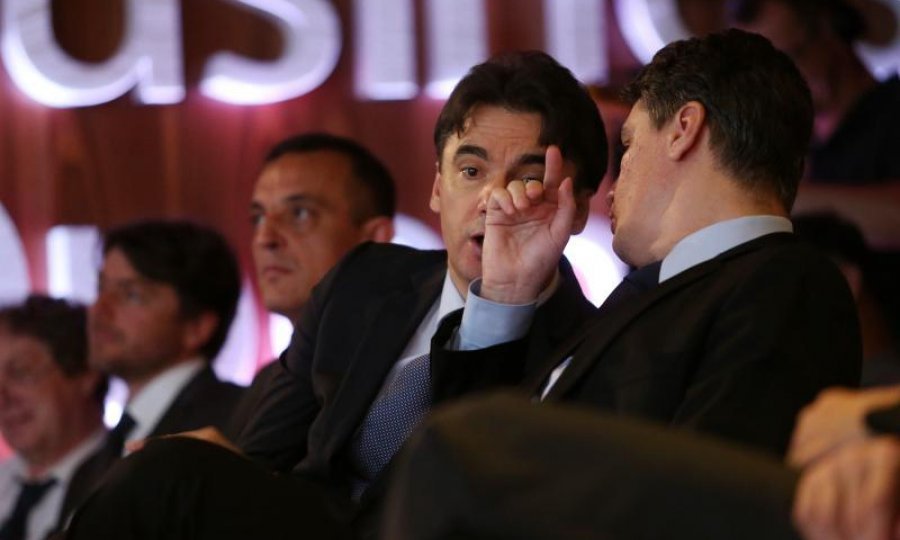 Deputy Prime Minister and Minister of Regional Development and European Union (EU) Funds Branko Grcic on Tuesday said that investments that depended on the public sector would be realised but that he expected a lot from the private sector and hoped that this year's tourism season would be somewhat better than last year's.

That forms the basis of our hopes that by the end of the year we end up at zero or at least have some rate of growth but it won't be easy, Grcic told a press conference he held in the government along with Economy Minister Ivan Vrdoljak, and Maritime Affairs, Transportation and Infrastructure Minister Sinisa Hajdas Doncic to present a report on the work of the Coordination Body for the Economy, Investments and EU Funds.

Grcic backed up claims that things were beginning to change with data indicating a growth in the number of people employed which relates not only to seasonal work but also a notable growth of those employed in industry and a slower decline in the number employed in construction.

Grcic believes an increase in foreign direct investments was also important. In Q1 these amounted to EUR 460 million while last year this was EUR 1 billion for the entire year.

Commenting on the report, Grcic said that the results in Q2 were even better than those for Q1 and the perception is that something positive was occurring and a turnabout could occur.

He explained that investments by public companies had been reduced by HRK 700 million and Minister Hajdas Doncic added that this year HRK 13.6 billion was planned in keeping with the re-balance in public companies.

This represents a growth of 23% compared to last year, Hajdas Doncic explained.

Preliminary figures released by public companies indicate that investments valued at HRK 4.5 billion had been realised in H1 which compared to last year is a growth of 30%.

Minister Vrdoljak underscored two fundamental objectives of the task force to boost the business and investment climate - Croatia has to be more competitive and growth needs to be based on private capital and investments.

The task force discussed 20 investment projects valued at around EUR 1.2 billion that were facing serious obstacles which could open 2,800 jobs.

Asked to comment the growing public debt, Grcic said that the public debt would continue to grow as long as Croatia had a deficit, unless we lease our motorways.

Leases and similar privatisation projects are not a whim of this government and they who were in government until recently had similar ideas but are now opposing them. This is inconsistent he said.

Citizens need to be told that the situation is difficult and the government is struggling to retain its forecasts. There are many factors that the government cannot influence but we will do everything we can within our power to improve economic conditions and growth, he said.