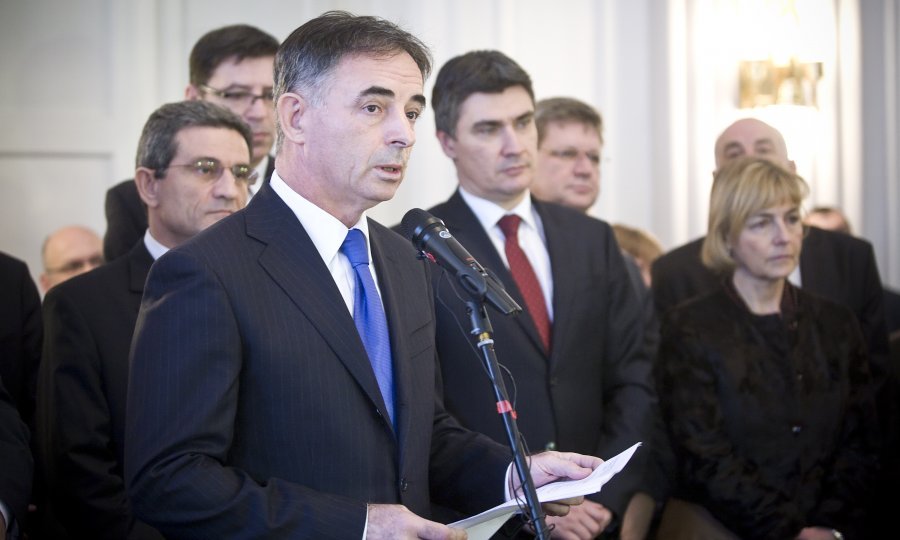 Serb People's Council president and MP Milorad Pupovac has said agreement on minority rights has been reached with Prime Minister Zoran Milanovic and other leaders of the ruling Kukuriku coalition.

"We have reached agreement on minority rights, refugee return, the development of returnee areas and minority integration, which we have incorporated into the government's programme and this makes 7-8 per cent of the current government programme," Pupovac was quoted as saying in Novi List daily of Saturday.

He said agreement was also reached on the participation of the Independent Democratic Serb Party (SDSS) "in ministries on the level of assistant ministers and department heads and cooperation in parliament. Third are changes to election legislation, so as to avoid segregation of minorities on polling stations."

Asked what was most important in that part of the government's programme, the SDSS vice president said refugee return and further work on a donor conference to be held in the spring under the auspices of the European Commission, the UN High Commissioner for Refugees and the Organisation for Security and Cooperation in Europe.

Pupovac said that based on that, Croatia would receive considerable funds for refugee return and the revival of formerly war-struck areas.

Asked about Serbs' property rights in Croatia, he recalled that housing provision was launched by the previous government and that it was part of Croatia's obligations under the "Judiciary and Fundamental Rights" chapter in the European Union accession negotiations. "That's why the donor conference is important, to help Croatia solve those problems. Purchase prices are still too high."

Pupovac said it was important that "Serbs and other minorities return to being part of the national policy through the educational and cultural policies and the policy of remembering."

Asked about his relations with Milanovic and how much he believed in the success of the new government, Pupovac said the new PM could count on his and the SDSS' support.

"I wish the centre-left government didn't have to find answers for the second or third time to save Croatia in the most delicate moments. This was the case in 1990, the second time in 2000 and the third time in 2011. Although the circumstances and the years are different, in terms of burden they are undoubtedly comparable," Pupovac said.

"For 20 years we independently built a country that will be a member of EU, yet today this independence is on fragile legs and the Union is in turbulent waters. And Zoran Milanovic has to address all three challenges and he would have my support even if we agreed less than we do. Even if we had less things in common with this government - the SDSS is also left-wing - we would support this government. It's simply a matter of national responsibility and a national challenge and we won't miss this opportunity," Pupovac was quoted as saying.

He said that tackling those challenges would not require only support within the ruling majority but also a different political culture in Croatia, one more focused on dialogue and less on ideological blindness and political confrontation.