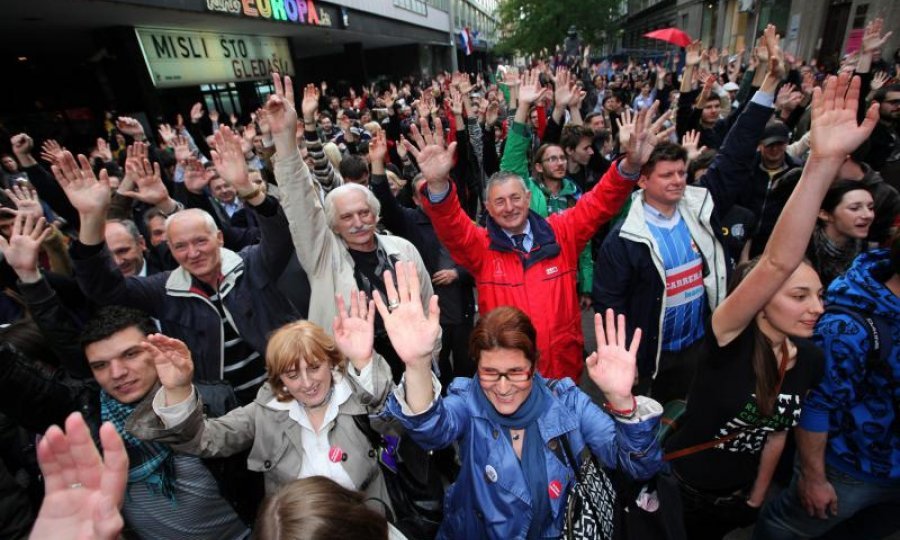 Several thousand Zagreb residents on Tuesday protested in the downtown Cvjetni Trg square and Varsavska Street against the construction of a garage entrance within a private project by Tomislav Horvatincic's HOTO Group in Varsavska Street.

The protest to defend the pedestrian zone in the street was organised by the nongovernmental organisations Zelena Akcija (Green Action) and Pravo Na Grad (Right to the City).

Before the protest, police set up a fence dividing the protesters in Varsavska Street and Cvjetni Trg square.

The NGOs announced they would continue to keep vigil in Varsavska Street together with Zagreb's residents.

NGO leaders Tomislav Tomasevic and Teodor Celakoski invited citizens to a new protest at 6 pm on Thursday, saying they would demand the resignation of Mayor Milan Bandic.

Tomasevic said all experts supported the protesters and that only Bandic and Environmental Protection, Zoning and Construction Minister Marina Matulovic-Dropulic were against them.

The city office for urban planning said yesterday that reconstruction work on a part of Varsavska Street began with the purpose of building the entrance to an underground garage within the apartment building "Cvjetni prolaz" and the accompanying infrastructure.