Perisic sentence elicits negative comments from all sides in Bosnia 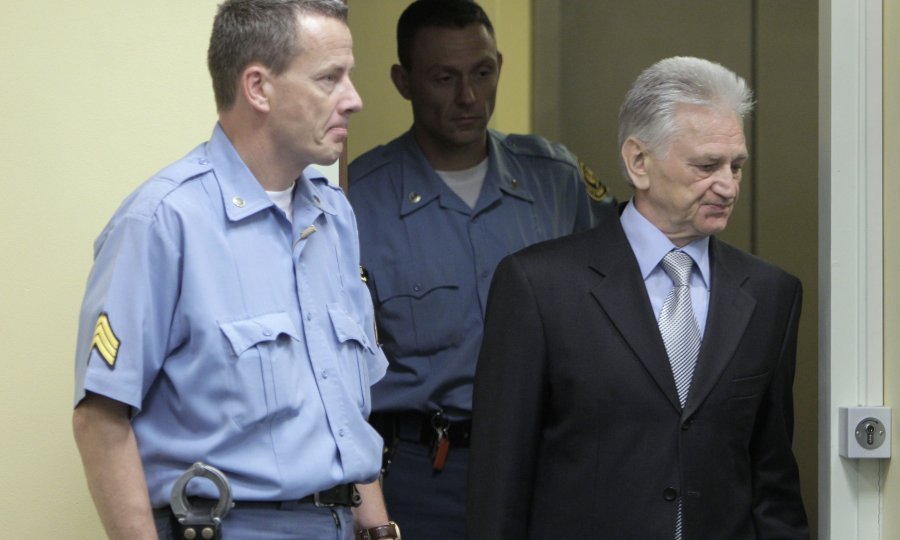 As in almost all similar cases in the past, comments in Bosnia and Herzegovina on the Hague tribunal's verdict against retired Yugoslav Army general Momcilo Perisic on Tuesday were opposed, depending on whether they came from representatives of Bosniak (Muslim) or Serb associations and organisations.

The International Criminal Tribunal for the former Yugoslavia (ICTY) today sentenced Perisic, wartime Chief of the General Staff of the Yugoslav Army, to 27 years in prison for aiding and abetting the siege of Sarajevo and the murder of thousands of Muslims in Srebrenica, as well as for failure to punish his subordinates for missile attacks on Zagreb. He was acquitted of charges of aiding and abetting extermination as a crime against humanity in Srebrenica.

Representatives of associations of Bosniak war victims were dissatisfied without exception with the duration of Perisic's sentence, saying that he deserved life imprisonment for the crimes for which he was found responsible.

Munira Subasic, president of the association "Mothers of Srebrenica and Zepa Enclaves", said the verdict was a reward for the genocide committed.

Muzafer Teskeredzic of the association of civilian war victims from the area of Sarajevo said life imprisonment would be the only appropriate punishment for Perisic.

Teskeredzic recalled that General Stanislav Galic, a wartime commander of Bosnian Serb troops which besieged the Bosnian capital, causing huge destruction and loss of human lives, was previously given the same sentence as Perisic.

The head of the Bosnian Serb government's centre for the investigation of war crimes, Janko Velimirovic, said the prison sentence given to Perisic was too high.

"Considering Perisic's position, the verdict is too harsh," Velimirovic said in Banja Luka, claiming that regardless of what was stated in the judgment, Perisic had no effective control over Bosnian Serb army troops.

He added that one could expect the verdict to be significantly reduced after appellate proceedings.

Among the few politicians in Bosnia and Herzegovina who commented on Perisic's sentence was Mladen Ivanic, leader of the Bosnian Serb opposition Party of Democratic Progress and Bosnia's former foreign minister.

"Obviously the trend of convicting Serbs more than any other side continues," Ivanic said.