Kosor rules out her resignation 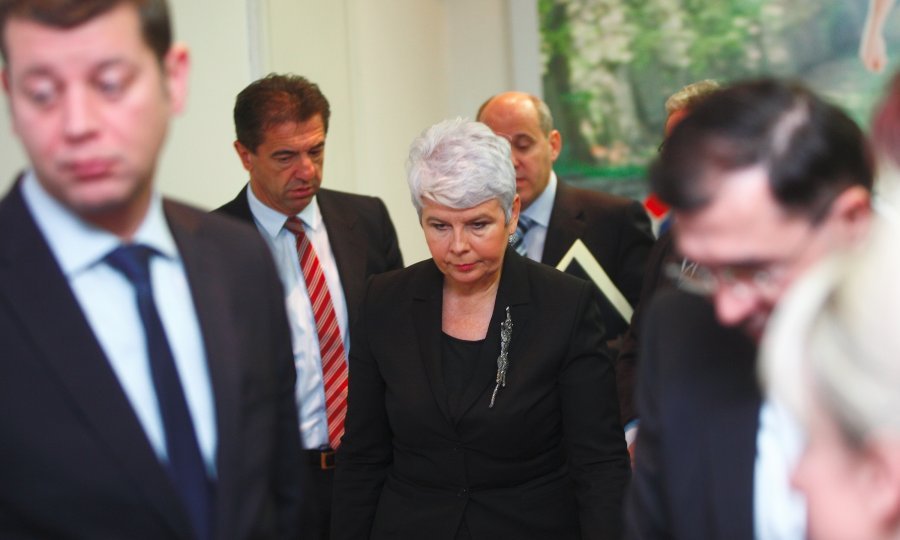 The Prime Minister and president of the ruling Croatian Democratic Union (HDZ), Jadranka Kosor, said on Thursday she did not intend to resign as PM and HDZ chief following news that an investigation into alleged HDZ slush funds had been expanded to include the entire party as a legal entity.

"That's out of the question. I will not answer questions about media reports, because journalists are not members of (the anti-corruption agency) USKOK or the Office of the Chief State Prosecutor. You are not investigators," Kosor told reporters when asked if she would resign for moral reasons as Prime Minister and HDZ chief.

Speaking at a news conference in the HDZ offices, Kosor said the media had caused "huge damage to the HDZ and the anti-corruption campaign" because they were quoting unnamed sources and publishing information that had been leaked. "We'll make effort to find out who is delivering information to the media and how."

She went on to say that her name was not being mentioned in the ongoing investigation, but that she was more than willing to answer any questions from USKOK.

Asked if she knew who had financed her presidential campaign in 2005 and with what funds, Kosor said that she would speak about it before relevant state agencies. She added that at the time she had believed and that she still believed that the campaign was "financed lawfully from HDZ accounts."

She stressed that the HDZ was a strong party and received enough funds from the state budget and through membership fees and lawful donations.

Asked to comment on the investigation into the HDZ being launched at the time of an election campaign, Kosor said she supported the investigation and wanted it to clear everything up, adding that in case someone in the HDZ had violated the law, they should be held to account and that guilt should be individualised.

She said the timing of the investigation harmed the party, but that the Office of the Chief State Prosecutor (DORH) and USKOK were doing their job well.

"It was our political will that helped open wide the door to the fight against corruption," Kosor said, expressing full support to Chief State Prosecutor Mladen Bajic and USKOK chief Dinko Cvitan in continuing the process.

She warned that Slavko Linic, a Social Democratic Party (SDP) member of the opposition coalition led by the SDP, had made very serious threats against DORH and USKOK, asking that allegations of corruption scandals involving other political parties be investigated as well.

The news conference in the HDZ offices was attended by all members of the HDZ Presidency.