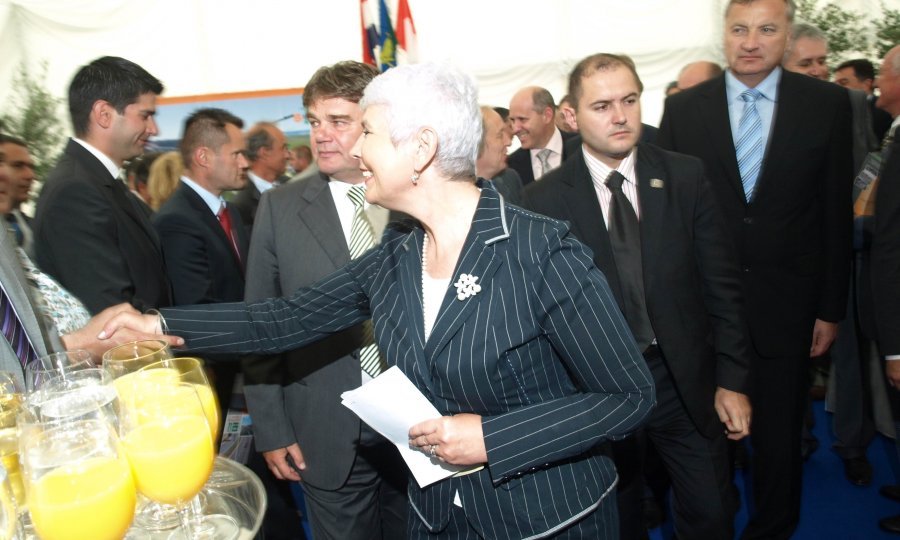 A 50-kilometre Kanfanar-Umag section of a motorway in the northern Adriatic region of Istria was officially upgraded to full dual-carriageway standards on Tuesday, eight months before the deadline for the completion of construction work.

The section was formally inaugurated by Prime Minister Jadranka Kosor, who recalled that the government had earmarked HRK 470 million for the Kanfanar-Umag section.

In 2010, a motorway section from Pula to Kanfanar was upgraded to full dual-carriageway standards, and after the construction of the Kanfanar-Umag section, the biggest Istrian city of Pula is now connected to the Slovenian border with an 80-kilometre motorway.

The upgrading of the Pula-Umag section to full dual-carriageway standards cost EUR 228 million.

Kosor spoke about the importance of road construction for tourism and the economy in general, expressing satisfaction with this important economic project.

She expressed hope that by the end of 2014, the full route of the motorway, popularly called the Ipsilon motorway, would be upgraded to full dual-carriageway standards.

Istria County Prefect Ivan Jakovcic highlighted cooperation between all levels of government, from state to county to local authorities, saying that this was the best way for Croatia to achieve one of its goals - a competitive economy.

"This motorway leads us towards Europe, where we belong, and Istria has done much for Croatia's admission to the European Union," Jakovcic said, praising the current government for the latest success in Croatia's EU membership talks.

He thanked the Bina Istra company, the French Bouygues company and the cabinet of PM Kosor for this big road construction project.