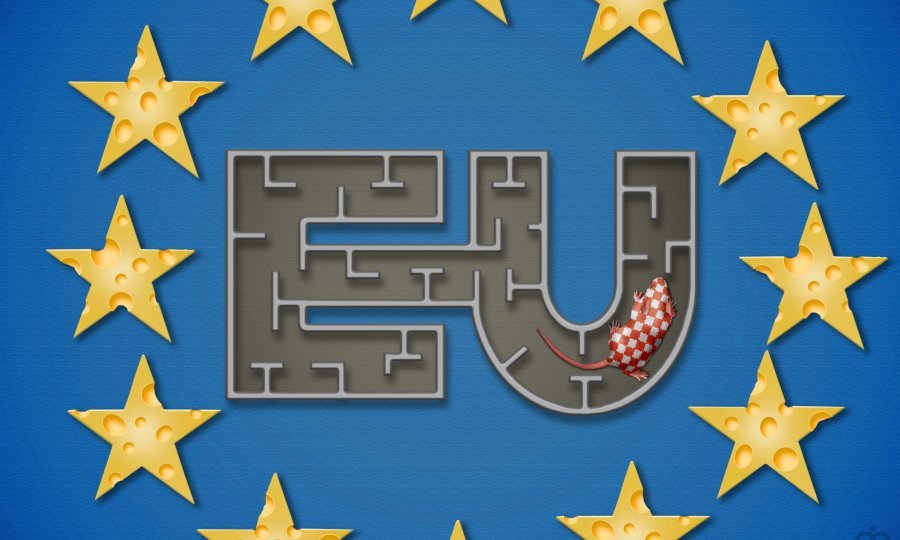 The report gave an overall assessment of the level of preparedness and recommendations to the government what to do by 1 July next year to make the country ready for full membership of the European Union.

"Overall, Croatia's preparations for EU membership are on track. Croatia has reached a considerable degree of alignment with the acquis," the report said and added that "the Commission has identified a limited number of issues requiring further efforts. The Croatian authorities need to take all necessary measures to ensure that the country is fully prepared for membership by 1 July 2013, in the interest of Croatia and the EU."

According to a statement issued by the Commission, Enlargement Commissioner Stefan Fuele said that the report showed that Croatia was on track. "I am convinced that Zagreb will take all the final steps necessary to ensure that the country is fully prepared for membership," he was quoted as saying after the adoption of the report.

"We want Croatia to be a success story for EU enlargement and we will continue closely monitoring its progress up to the date of accession. Although in the final stage before entry into the European Union, Croatia's hard work in credibly preparing for membership did not end with the signature of the Accession Treaty last December. It continues right up until the date of entry in July 2013. This is a joint endeavour, important both for the Union and for Croatia," he added.

This was the first such report, covering the period from 1 September 2011 to 29 February 2012 and highlighting the areas where further efforts were necessary in order for Croatia to be fully ready for membership on 1 July 2013.

With regard to Chapter 8, which concerns competition policy, "Croatia is generally making progress towards meeting the commitments and requirements arising from the accession negotiations for this chapter," the Commission said.

The report cited recent decisions by the Croatian government to accept the bid for the Brodosplit shipyard and to initiate the bankruptcy proceedings for the Kraljevica shipyard, adding that the government would seek to privatise the 3. Maj and Brodotrogir shipyards within 90 days.

"Croatia should proceed with the signing of the privatisation contract for Brodosplit and with finding a solution for 3.Maj and Brodotrogir, as a matter of urgency in order to fulfil the requirements of the Treaty Annex on the restructuring of the shipyards by the date of Croatia's accession," the report said.

The Commission would not comment on the announcements that the economic development funds co-owned by the government could participate in the privatisation of the 3. Maj and Brodotrogir shipyards and whether that would constitute a form of state aid. We cannot say anything about it until we see what exactly it is about, a Commission source said.

Progress was also made in the toughest policy area -- Chapter 23, which deals with judiciary and fundamental rights. The Commission said that the judicial reform strategy and action plan were being implemented in line with foreseen deadlines, but that the entry into force of the new system of public bailiffs had been postponed.

Improvements in the implementation of the transitional system of appointments of judges are needed, including greater transparency of marking oral interviews, with attention paid to ensuring equal treatment of all candidates. The efficiency of the judiciary is improving and the process of court rationalisation is continuing. The enforcement of court decisions has improved, in particular through the work of the financial agency FINA.

"Attention needs to be paid to ensuring that higher courts, including the Supreme Court, are adequately equipped to handle the disproportionate increase as cases advance through the system," it added.

In the section dealing with the handling of domestic war crimes cases, the report said that a trial for the killing of Serb civilians in the village of Grubori had begun, adding that measures had been taken to protect witnesses and that the government had taken contact with Serbia and with Bosnia and Herzegovina to address the potential negative implications of the Law on invalidation of certain legal acts of the judicial bodies of the former Yugoslav People's Army, the former Socialist Federal Republic of Yugoslavia and of the Republic of Serbia, which was passed by the outgoing parliament in November 2011.

"However, tackling impunity for war crimes remains a major challenge in Croatia, especially as the majority of crimes have yet to be successfully prosecuted," the report said.

The Commission recommended ensuring "a sustained track record of substantial results based on efficient, effective and unbiased investigation, prosecution and court rulings in organised crime and corruption cases at all levels including high level corruption, and in vulnerable sectors such as public procurement."

The Commission noted that a number of senior appointments had been made in the police by the outgoing administration, adding that "appointments and further police reforms will require close attention, especially to ensure depoliticisation and increased professionalism."

The Commission expressed concern about proposed amendments to conflict of interest legislation. "First steps taken by the new Government concerning conflict of interest rules are a cause of concern, in particular as regards supervisory and management boards of public companies. Earlier provisions on criteria for membership have been overturned," it said.

"Croatia needs to ensure that a strong system is in place for preventing corruption in state owned companies. The concept of political accountability and zero tolerance of corruption needs to continue being developed," it added.

Just like the new Police Bill, the Conflict of Interest Bill is also being considered by the Commission, and its position on them is expected soon. When asked whether it found it absolutely unacceptable for government ministers to sit on the Supervisory Board of the INA oil company, the Commission did not reject that possibility a priori, but stressed that an effective system should be created to prevent conflict of interest in such cases.

The Commission also registered progress in the protection of minority rights and providing housing for refugees, but demanded improvements in those areas. It also noted that Croatia continued to cooperate with the Hague war crimes tribunal.

As regards Chapter 24, which deals with justice, freedom and security, the Commission said that Croatia was on track in its preparations for membership in that field.

"With regard to external borders and Schengen, the process of alignment with the Schengen acquis has continued by further improving the system of integrated border management. Interagency cooperation, as well as coordination with the neighbouring countries and EU bodies in this field has advanced," the report said.

The Commission also gave a brief overview of what had been done in other chapters, saying that preparations were almost complete in the field of freedom of movement for workers, company law, intellectual property rights, financial services, economic and monetary policy, statistics, trans-European networks, science and research, education and culture, as well as foreign security and defence policy.

A generally good level of alignment has been achieved in the six remaining acquis chapters, "but increased efforts are needed in some domains." Those chapters concern right of establishment and freedom to provide services, agriculture and rural development, food safety, veterinary and phytosanitary policy, fisheries, regional policy and coordination of structural instruments, and environment.