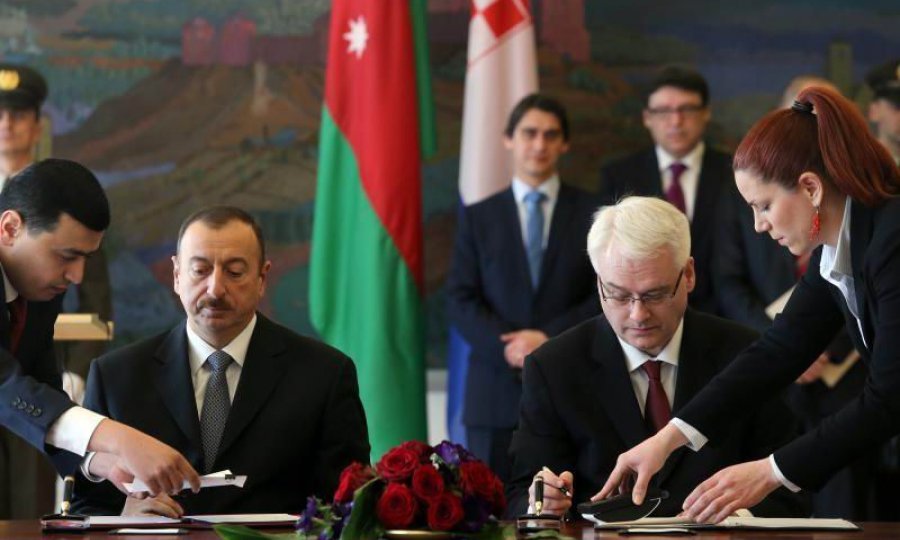 Nineteen Croatian companies are doing business in Azerbaijan or are about to sign deals in this Caucasian country rich in oil and natural gas and meetings of the two countries' officials and businessmen in Zagreb on Monday are expected to result in a number of new deals, said participants in the Croatia-Azerbaijan business forum.

Croatian President Ivo Josipovic and his Azerbaijani counterpart Ilham Aliyev, who arrived in Zagreb early on Monday for a two-day official visit to Croatia, also attended the meeting at which some 30 Croatian companies presented their products.

The president of the Croatian Chamber of Commerce, Nadan Vidosevic, cited President Aliyev as saying that he expected an informative meeting, but that it turned out to be an operational meeting.

Croatian Economy Minister Ivan Vrdoljak said there was a great potential for Croatian companies on the Azerbaijani market.

The meeting focused on concrete projects such as Azerbaijani investments in the construction of a medical and rehabilitation centre outside the coastal town of Biograd. The Croatian company Geofoto is about to sign a EUR 99.2 million deal on designing a military and geo-information system according to NATO standards.

"Azerbaijan today is what Dubai was ten years ago with its spectacular growth and development and the best oil and natural gas. Azerbaijan is also developing high technologies and this is particularly interesting to us," said Geofoto management board president Zvonko Biljecki. Geofoto has been present on the Azerbaijani market since 2008.

A dozen of human rights activists gathered in front of the hotel that hosted the forum to protest against the visit of Aliyev, whom they accused of stifling human rights.