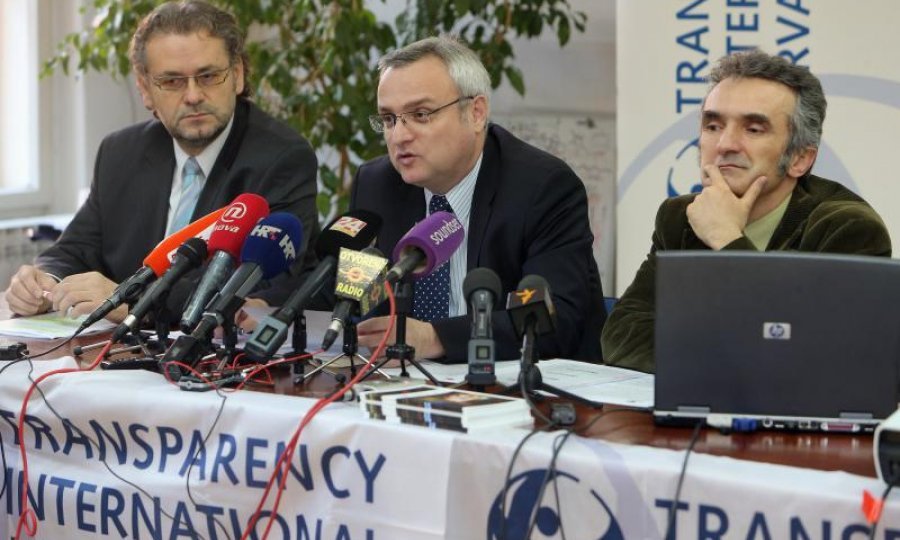 According to the Transparency International (TI) 2012 Corruption Perceptions Index (CPI) report which this year used a new evaluation methodology on a scale of 0-100, where 0 means that a country is perceived as highly corrupt and 100 means that a country is perceived as corruption-free, Croatia was given a score of 46 which is still below satisfactory and below the European Union average of 63.6, a press conference was told by TI Croatia presenting the results of the latest TI CPI report released in Berlin.

TI surveyed perceptions of corruption at all levels in the public sector, government, officials in 176 countries around the world and Croatia ranked in 62nd place.

Similar to last year Croatia was ranked at the same level as Slovakia. With the exception of Slovenia (61), Croatia was given the highest score compared to other countries in the region, lagging behind Croatia are Macedonia (43), Bosnia and Herzegovina (42), Montenegro (41), Serbia (39), Kosovo (34) and Albania (33). As usual, the highest scores were given to Scandinavian countries: Denmark (90), Finland (90), Sweden (88), while the lowest ranking countries were Afghanistan, North Korea and Somalia.

The CPI evaluation was based on the success of legal framework in preventing corruption, transparency in issuing official documents, supervision of the use of public funds, misuse of public funds for private or party purposes, penalising the abuse of office, existence of secret funds, bribery, appointing officials without public tender etc.

"Our score of 46 this year is the closest to the satisfactory mark of 50", said a representative of TI Croatia, Zorislav Antun Petrovic, noting that perceptions in various countries assessed corruption differently too.

President of TI Croatia Nikola Kristic warned that developed countries with a high level of democracy and which scored highly on the CPI were often exporters of corruption. In Croatia we witnessed affairs with Patria and Hypo Bank which were instigated from abroad because "capital seeks fertile soil and good collaborators wanting to be paid well even if it leads to the detriment of the country where the affair is to take place", he said.

He recalled that the evaluation referred to the preceding government and only at the end of next year would there be any results for the current government when it would be possible to make a comparison.

The Corruption Perceptions Index was first launched in 1995 and has been widely credited with putting the issue of corruption on the international policy agenda.