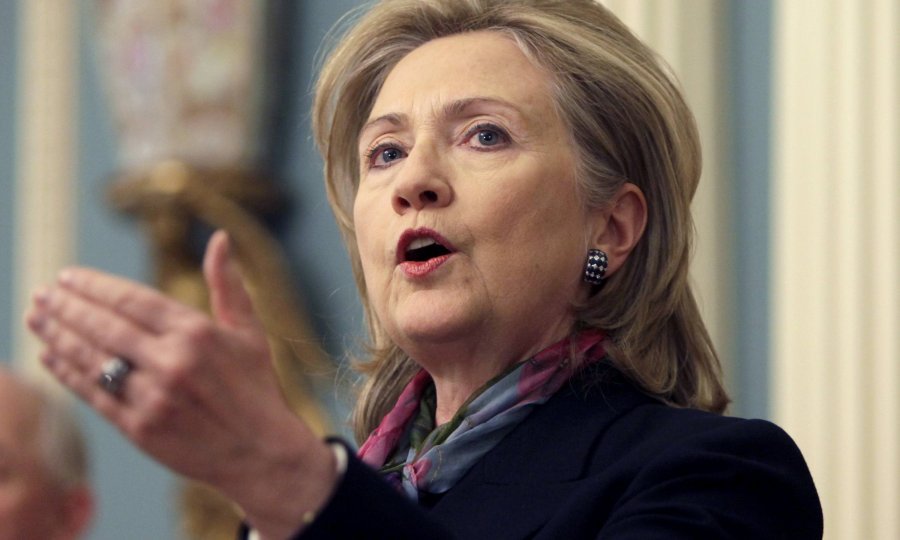 U.S. Secretary of State Hillary Clinton said in Washington on Wednesday that Croatia was a leader in Southeast Europe and a full member of the transatlantic community with which the U.S. would cooperate in solving global issues.

We strongly support the many reforms Croatia has undertaken to become a full member of the transatlantic community, Clinton said ahead of her meeting with Croatian Foreign Affairs and European Integration Minister Vesna Pusic.

We welcome Croatia's progress on the path to the EU and its leading role in the region, Clinton said at a news conference she held together with Pusic before their talks at the State Department.

Joint work on the settlement of the remaining problems continues to be a lasting challenge, the U.S. Secretary of State said, welcoming Pusic.

Pusic thanked the United States for its continued assistance to Croatia in building a functioning state and society and dealing with problems and for its support to Croatia on the path to the European Union.

You have been assisting us since the very beginning and I hope you see the results of your assistance, Pusic said, adding that Croatia could contribute to the stabilisation of the entire region, which she said was what both Zagreb and Washington were interested in.

Pusic is the first senior official of the new Croatian government who has been invited to visit Washington, less then three months after the new coalition government was formed, which is being interpreted as a recognition to Croatia and which shows that the U.S. administration attaches importance to its relations with Zagreb.

After the meeting which lasted about 40 minutes, Clinton did not address the press and Pusic said that the U.S.-Croatia relations were "better than ever."

Pusic invited Clinton to attend Croatia Summit, scheduled to be held in July. The event is expected to focus on Croatia's experience from its EU entry talks as an instrument for building a state which could be applied to other countries of the region and the south Mediterranean.

"She (Clinton) left that possibility open, either way that would be very significant," Pusic said.

The two officials also talked about the situation in the region, the joint initiative aimed at strengthening the civil component in NATO operations and the abolishment of the U.S. visa regime for Croatian citizens.

"We need to work on that, cooperate with the Congress and raise the criteria in Croatia. Not only because of the abolishment of the visa requirements, but also to get prepared for functioning within the Schengen regime," Pusic said.

Croatia has met most of the criteria for abolishing the visa regime, but the problem is a high number of rejected requests, namely 6.3%, which is twice as much than the allowed 3%. The visa regime falls under the jurisdiction of the Congress which is currently debating the law which would allow an exception to the rule and an individual assessment of each country.

Earlier on Tuesday, Pusic discussed the abolishment of the visa regime with three Congressmen, members of the Croatian Congress Club who promised their help.

Commenting on the situation in the region, Pusic said Clinton expressed interest in Croatia's positions and ideas for solving outstanding issues. She also indicated a possibility of the U.S.-Croatia partnership in relation to Bosnia and Herzegovina and Bosnia's path to NATO and the EU.

Pusic wrapped up her two-day visit to the United States with talks with former Secretary of Madeleine Albright who was at the helm of the State Department during the Bill Clinton administration.