Brammertz: Hadzic to be arraigned on Monday, indictment expanded 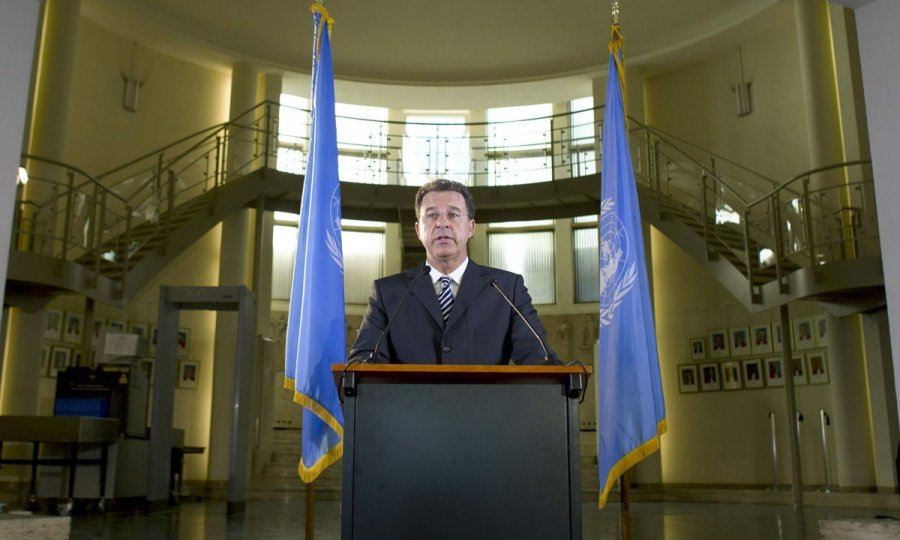 Hague war crimes tribunal indictee Goran Hadzic will make his first appearance before a judge of the UN court at 4 pm on Monday, Chief Prosecutor Serge Brammertz told the press on Friday, adding that Hadzic was in the detention unit of the International Criminal Tribunal for the former Yugoslavia (ICTY).

Serbia extradited Hadzic earlier today. He was arrested on Wednesday after nearly seven years on the run.

Brammertz said the Prosecutor's Office had expanded the indictment against Hadzic, but that this was the usual practice of updating an indictment upon an indictee's arrest, and that the amended indictment would be available later today.

We added some individual crimes and his responsibility as a superior. The changes are technical, but the amendment is simple, covering the same period of time and area as the first indictment, said Brammertz.

Hadzic was the last ICTY fugitive. According to Brammertz, he escaped nearly seven years ago under suspicious circumstances, shortly before an arrest was expected to be made.

The Hague tribunal is closing the fugitives chapter today but there is still a lot of work ahead, Brammertz said, wondering how Hadzic could have been on the run for so long.

The 52-year-old leader of the Serb rebellion in easternmost Croatia during the 1991-95 war is not in the rank of Radovan Karadzic, Ratko Mladic and others, but the charges are grave, he added.

The ICTY indicted Hadzic in 2004 with 14 counts of crimes against humanity and violations of the laws and customs of war committed through the murder of hundreds and persecution of thousands of Croats from occupied parts of Croatia during the Homeland War, and many other crimes.

He is accused of being a participant in a joint criminal enterprise led by Slobodan Milosevic that was aimed at forcibly and permanently removing Croats and other non-Serbs from one-third of Croatian territory that was occupied by Croatian Serb rebels with Belgrade's help.

Under the indictment, nearly the entire Croat and non-Serb population from that area was forcibly relocated, expelled or killed, and the final goal of the enterprise was the formation of a Greater Serbia.