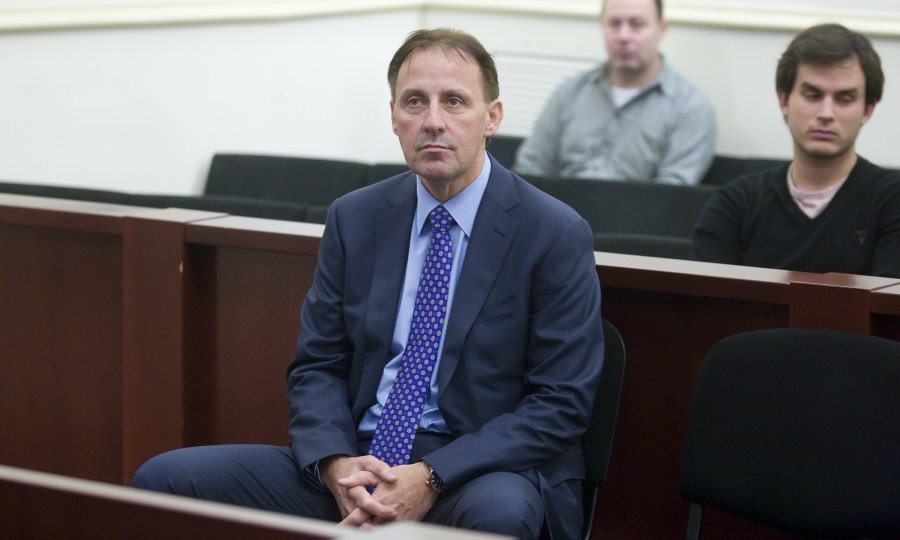 A hand grenade was thrown into the courtyard of the house of Drago Vidakovic, a former Hypo Leasing Croatia director and a prosecutorial witness at the trial of former Croatian Prime Minister Ivo Sanader charged with corruption and war profiteering, and it did not explode, according to a police report.

The M-75 anti-personnel hand grenade, which is likely to have been thrown in a period from 2300 hrs Friday to 0900 hrs Saturday when Vidakovic was in his house in Zagreb's Markusevac residential area, was found by his car.

The police de-mining specialists deactivated the grenade on the scene on Saturday, and according to the police report the reasons why it had not exploded are still unknown.

The police also said that the former long-standing Hypo Leasing executive had not reported any threats. According to unofficial reports he also claimed that the incident could not be brought into connection with his business activities.

An investigation is under way and the police are searching for an unidentified perpetrator.

At the trial of Sanader for war profiteering in the Hypo bank loan grated to the Croatian foreign ministry in the mid-1990s, Vidakovic told the Zagreb County Court last December there had been talk among executives of the Austrian bank that a commission would have to be paid to Sanader for a loan to Croatia.

On that occasion the witness confirmed his earlier statement made to investigators that he had seen Hypo Bank CEO Wolfgang Kulterer handing a yellow envelope to Sanader in the car park of the Hypo Bank building in Klagenfurt in early 1995. Vidakovic apparently contacted the Croatian anti-corruption agency USKOK of his own accord to give testimony in the case after Sanader was formally indicted. In the meantime, he himself has become the subject of an investigation by the Zagreb County Prosecutor's Office on the suspicion that he defrauded Hypo Leasing Croatia of 20 million kuna (2.66 million euros).

Therefore, Sanader's defence team claim that he bargained with the prosecution to fare better in the investigation against him. However, Vidakovic said he had decided to talk with USKOK after he had read about the Sanader case in the press and that he had had no knowledge about any probe against him at that time.