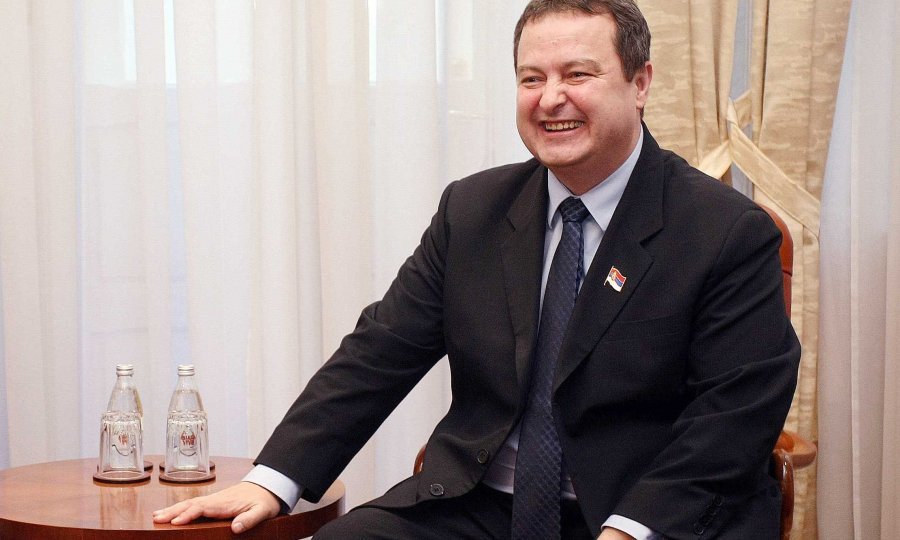 Serbia's Prime Minister Ivica Dacic will cease to participate in negotiations with Pristina because the authorities there banned his entry to Kosovo, the Belgrade daily Politika reported on its web site on Wednesday.

Politika says that Dacic will on Thursday in writing inform the High Representative of the European Union for Foreign Affairs and Security Policy, Catherine Ashton, of his decision.

Dacic told Politika that he questions the expediency of his participation in the dialogue if Pristina remains with its decision.

"If I, as a signatory to the Brussels agreement, and government officials who supported it and worked on its implementation cannot go to Kosovo and urge Serbs to go to the polls in the local election, then the expediency of my further participation in the dialogue is questionable", Dacic said. He planned to visit Kosovo but stated that Kosovo authorities had said that his visit had not been approved, Politika reports.

Prime Minister Dacic told Politika that this move by Pristina brings into question the credibility of Brussels under whose auspices the dialogue was launched and, in April, an agreement reached on the normalisation of relations between Belgrade and Pristina, of which the local election in Kosovo is just one part.

A B92 television correspondent from Pristina reported that the Kosovo government had refused to approve a visit by Dacic scheduled for Friday to a town in southern Kosovo with a majority ethnic Serb population.

Dacic had planned to attend the launching of an election campaign ahead of the November 3 election. According to B92, Dacic was to be accompanied by his minister responsible for Kosovo, Aleksandar Vulin, in an effort to try and motivate ethnic Serbs to go to the polls.

Deputy Kosovo Prime Minister Hajredin Kuqi said that as of Thursday, when the election campaign is to be launched and continue on until November 1, not one Serb official would be allowed to visit Kosovo.

B92 was told by officials in Serbia on Wednesday that the decision by Pristina was a brutal breach of the Brussels agreement and that the government would advise Ashton that the negotiations will be discontinued.

Kosovo President Atifete Jahjaga called local elections in Kosovo for November 3, which is yet another commitment specified in the EU-brokered agreement between Belgrade and Pristina, reached in Brussels on April 19.