SDSS won't participate in work of parl't without agreement 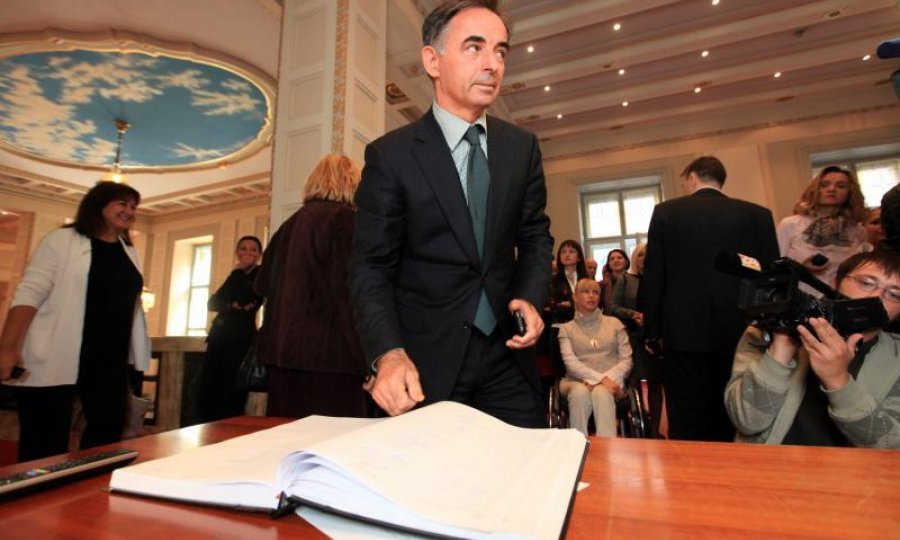 The vice president of the Independent Democratic Serb Party (SDSS), Milorad Pupovac, said on Friday his party would not participate in the work of parliament until an agreement was reached about how the parliamentary session would proceed and end.

After Pupovac's address in the parliament, no procedure was taken to establish whether there was a quorum in parliament and today's sitting was wrapped up without voting on the items on the agenda.

Addressing parliamentary deputies, Pupovac said that the present situation was inappropriate for the closing of the session of the sixth parliament.

"We in Croatia, with good reason, think of ourselves and present ourselves as a civilised European society. But the atmosphere in parliament, and not only over the past two days, has culminated and those values are being seriously undermined," Pupovac told representatives of the Croatian Democratic Union (HDZ), the Croatian Peasant Party (HSS) and three minority representatives present in parliament.

Bebic has previously announced he would consult with chairpersons of parliamentary groups and call the presidency session so that a proper decision could be adopted and parliamentary elections held on 4 December.

Representatives of the four parties that make up the centre-left opposition coalition, led by the SDP, on Thursday announced they would no longer participate in the work of the Croatian Parliament.

They said that their move was prompted by the behaviour of the ruling Croatian Democratic Union (HDZ) and the damage it was doing to the dignity and reputation of Parliament.

Today's session was also not attended by deputies of the regional HDSSB party and the Croatian Party of Rights (HSP), two independent MPs and representatives of the Italian and Bosniak minorities: Furio Radin and Semso Tankovic.

Apart from the ruling Croatian Democratic Union's (HDZ) MPs, who were in the parliament hall, also in attendance were representatives of the Croatian Peasant Party (HSS), a junior partner in the ruling coalition, independent MP Djurdja Adlesic and three representatives of ethnic minorities: Zdenka Cuhnic of the Czech minority, Denes Soja of the ethnic Hungarians and Nazif Memedi of the Roma minority.