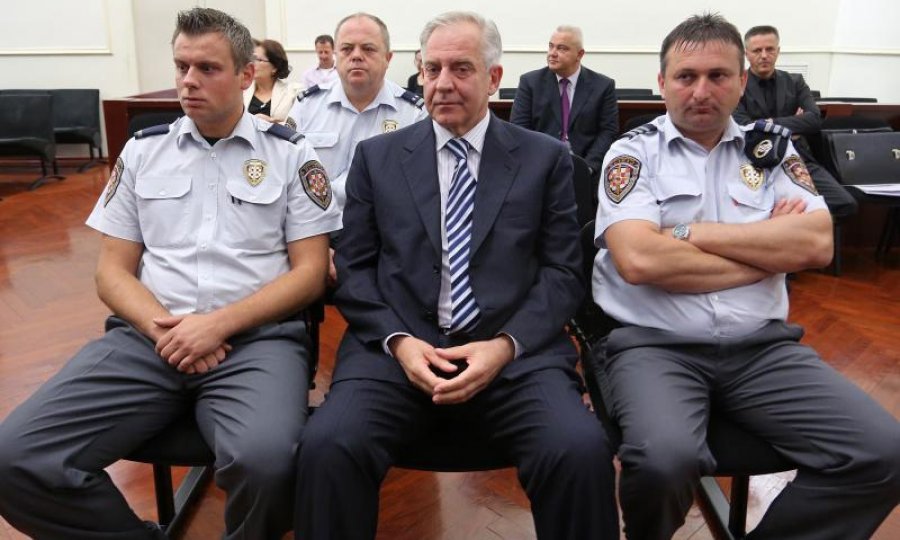 Former prime minister and former Croatian Democratic Union (HDZ) leader Ivo Sanader said on Wednesday, while presenting his defence before the Zagreb County Court, that a meeting held in his cabinet with executives of public companies in April 2007 made no mention of the private Fimi Media marketing agency while he had been at the meeting.

Sanader told the court that not any participant of that meeting which he labelled as "one of routine meetings" had confirmed the prosecution's charges that he in his capacity as Prime Minister had suggested that public companies' executives should conclude direct deals with the Fimi Media, evading public procurement procedures.

"What had been discussed before my arrival and after my departure (from the meeting) is something I cannot know. I do not know whether they mentioned Fimi Media. I definitely know that I did not mention Fimi Media and that I did not suggest that they work with it," Sanader said.

Sanader and the other defendants in the case are accused of siphoning about 70 million kuna (nearly 10 million euros) from state institutions and companies through the Fimi Media marketing agency into a HDZ slush fund. Only Sanader and former government spokesman Ratko Macek insist that they are the victims of this politically motivated prosecution, while the other accused, former customs chief and HDZ treasurer Mladen Barisic, Fimi Media owner Nevenka Jurak and former HDZ chief accountant Branka Pavosevic, have pleaded guilty.

During today's presentation of his defence, Sanader said that his rights were being violated at "the political order".

Making a reference to a discussion in the national parliament on Tuesday, when MPs of the current ruling coalition accused the HDZ of large-scale theft in Croatia, Sanader refuted accusations and stressed that "thanks to the HDZ, we entered the European Union and NATO".

Sanader will continue presenting his defence on 14 October