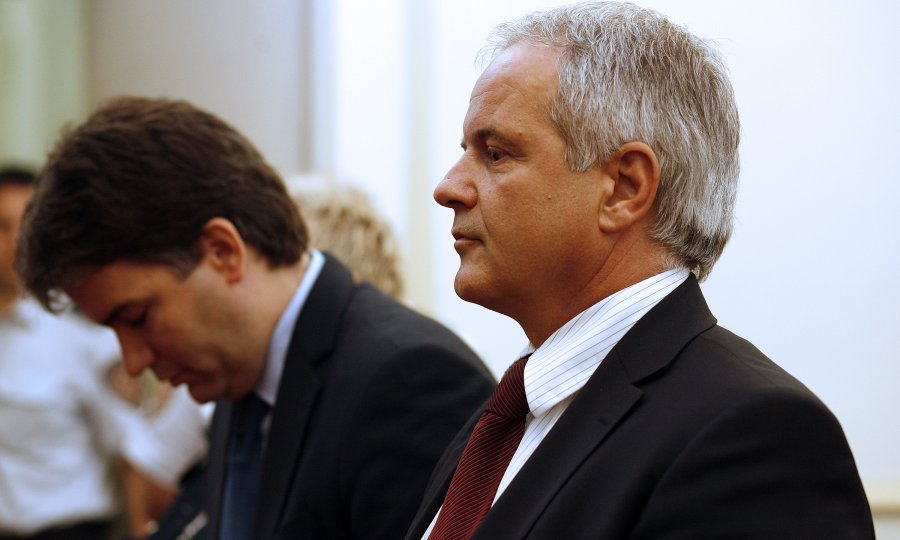 Flavio Vlado Sanader, a brother of former Croatian Prime Minister and Croatian Democratic Union (HDZ) leader, Ivo Sanader, told the Zagreb County Court on Thursday that the prosecution's key witness Robert Jezic had lied when stating that he had taken over the first half of MOL's bribery intended for Sanader and that he (Flavio) was in charge of organising the takeover of the rest of 10 million euros which Ivo Sanader allegedly received from the Hungary oil company to enable for it a dominant position in Croatia's oil and gas group INA.

"This is a lie and I do not know anything about that"," Flavio Sanader told the court today at the trial of his brother accused of bribery in the INA-MOL case.

Asked by the defence team, the witness Sanader said that he had known the Croatian businessman Jezic for several years and that he, his brother Ivo and Jezic had once met in Zurich for a match of the Champions' League. He said that during the match they mainly discussed the game and refuted Jezic's claims that they had talked business including the transfer of money.

According to Jezic's testimony, five million euros intended for Sanader had been paid into the account of his Swiss company Xenoplast after which he decided to withdraw from that agreement which was why the transfer of the other five million euros should have been organised by the then premier Sanader's brother Favio.

Apart from Flavio Sanader, another two defence witnesses already rebutted Jezic's statement, saying the money deposited in the bank account of Jezic's Swiss company Xenoplast had been designated for Jezic.