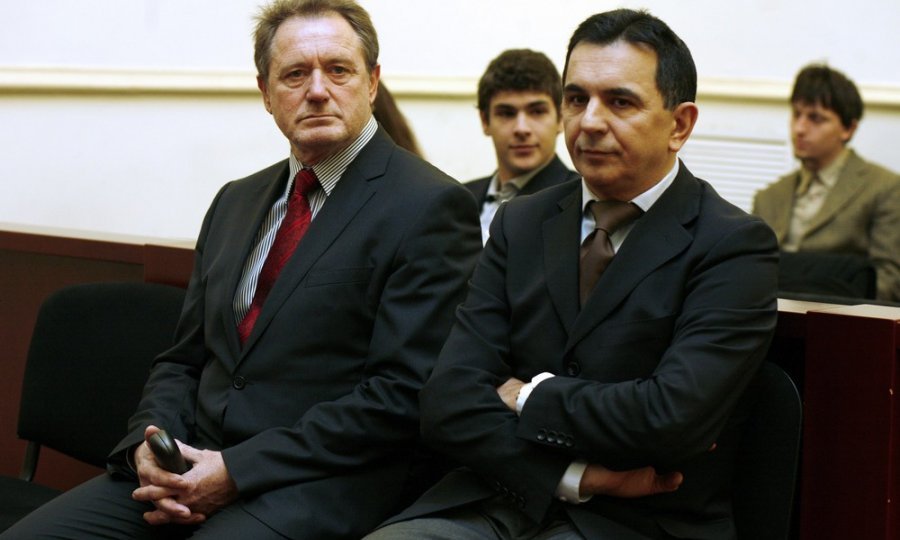 Mario Cerhak, the owner of a Zagreb restaurant in which former prime minister Ivo Sanader and MOL CEO Zsolt Hernadi had been filmed by a video surveillance camera, testified before the Zagreb County Court on Wednesday, but could not explain how it happened that only a few minutes of the entire footage of the meeting remained and how Chief Public Prosecutor Mladen Bajic knew that the footage existed.

After a series of illogical answers and unanswered questions, judge Ivan Turudic warned the witness not to make a farce out of his testimony and to refrain from commenting on the questions or responding to questions by asking counter-questions.

It remained unclear why Cerhak, after erasing most of the recordings featuring the former prime minister, left the one that was used as evidence in the present trial, in which Sanader is charged with receiving 10 million euros in bribes from Hernadi to ensure the Hungarian oil company MOL a dominant role in Croatia's INA.

"I pass at least 50 video cameras every day but I have never been approached by an idiot who would tell me that the area is under surveillance, so I don't know why should I have been such an idiot," Cerhak said.

He confirmed that he had deliberately erased some of the footage following press articles which portrayed his restaurant as Sanader's headquarters where the former PM was planning to return to power. He said he had left only a smaller portion of the footage, but stressed that he had not talked to anyone about it, especially not to journalists of the Jutarnji List daily, which gave a detailed description of what was shown in the footage before the trial opened.

When asked how he and the footage had ended up in the Chief Public Prosecutor's Office (DORH), Cerhak said that Chief Public Prosecutor Bajic had personally called him one day and invited him for a coffee. He said that he had tried to avoid handing over the tape, but eventually had to give in and allow the investigators to take the tape as evidence.

Cerhak confirmed that the owner of the DIOKI petrochemical company, Robert Jezic, had also been with Sanader and Hernadi in the restaurant that day. Jezic is the prosecution's key witness in the case.

The defence questioned the veracity of Cerhak's testimony, saying that he was acting in collusion with the DORH and the media, and that he was "just another in a series of characters testifying about irrelevant circumstances in this case."

The defence also objected to the testimony of the previous witness heard today, Branko Radosevic, who said that Sanader had forced him to do the necessary work for the divestiture of the loss-making gas business from INA.

The next hearing was set for Thursday when former justice minister Drazen Bosnjakovic and former Croatian Privatisation Fund president Vedran Duvnjak were to give evidence.